As promised by the creators, the survival game Valheim debuted in Steam's Early Access. The project aroused some interest due to the unusual premise (in short: the Vikings trying to survive in a kind of purgatory to earn a place in Valhalla).

Of course, an interesting premise is not enough to make players interested for more than - let's say - 5 minutes, especially when the game's "originality" is limited to its envelope. Especially when we're talking about early access games, because the level of their execution often leaves much to be desired. However, in this case, the developers from Iron Gate AB can be pleased with the reception of their work. At the time of writing this text, Valheim has been rated by 772 Steam users, as many as 93% of which gave it a positive opinion. The game also has about 10 thousand simultaneous players (via SteamCharts), which is not a bad result for an independent title.

In reviews, the buyers repeatedly emphasize that Valheim is not "just another typical survival game", available on the market a dime a dozen. According to the players, the title has very solid RPG mechanics, which makes the game closer to a mix of "Skyrim and Terraria"or "Minecraft and hack'n'slash", with a pinch of Dark Souls. This last comparison was made not so much due to the combat system (which is otherwise satisfying), but by the difficulty level. As befits a warrior's purgatory, the world of Valheim is full of dangers, such as boars and trolls (and... falling trees). What's more, if we die, we lose our items, which - just like souls in FromSoftware games - can only be recovered by reaching the hero's place of death. 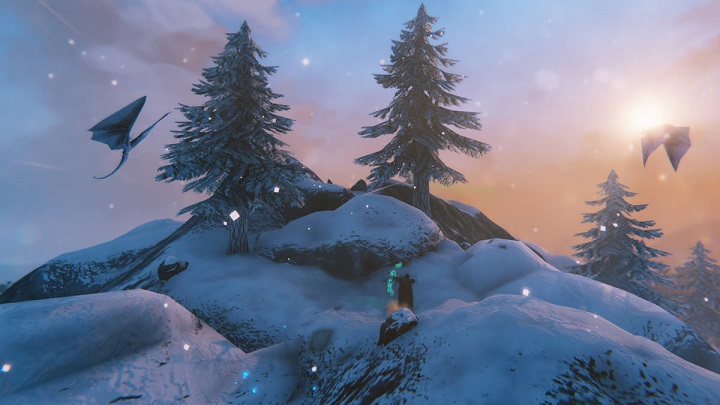 A big plus is also the refinement of the game. Before its debut on Steam, Valheim was polished for years, which is clearly evident from its current condition. The title does not have huge hardware requirements, runs very well, and there is no shortage of content. Thus, the game stands out against the dubious standard set by numerous projects released in early access, including even some ultimately successful items.

In short, Valheim's performance so far has been superb, both gameplay and execution-wise. This bodes well for the game's future, though it's probably too early to call it a huge success. Let's hope that the developers won't rest on their laurels and, after the debut of version 1.0, Valheim will be presented as another example of a gem straight from the Early Access section of Steam.