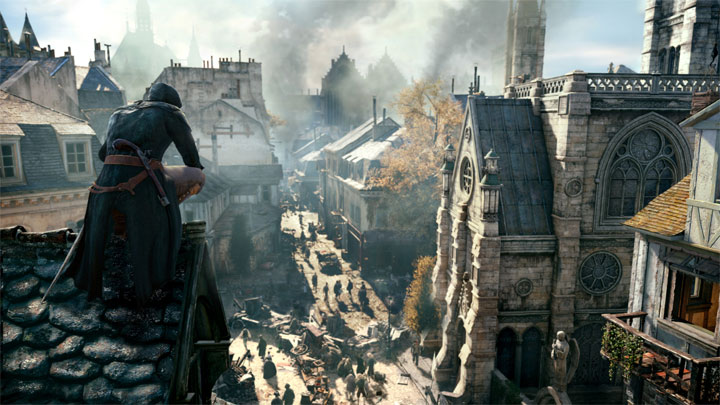 Assasin's Creed: Unity will keep all the positive reviews on Steam.
ASSASSIN'S CREED: UNITY IN A NUTSHELL:

One of the biggest surprises of April was the renaissance of Assassin's Creed: Unity. In response to the fire of the Notre-Dame Cathedral in Paris, Ubisoft provided the PC version of the game for free on Uplay and donated half a million euros to rebuild the monument. Players liked these moves so much that they even flooded Steam with positive game reviews. However, it was not known whether Valve would decide to remove them from the average score. Now we've found out that it's not gonna happen.

The doubts stemmed from the fact that Valve has recently made some changes to its policy of calculating average ratings for games. If there are suddenly many user reviews and they are not on the topic, the company may decide to exclude this period from the average. That's how the results of the Borderlands series, among others, were balanced after the players review bombed the heck out of it in response to the announcement of Borderlands 3 as an exclusive for Epic Games Store. The question therefore arose as to whether this would be the case for Assassin's Creed: Unity.

Eventually Valve decided not to interfere with Assassin's Creed: Unity. Many of the new reviews have been carefully examined and it has been discovered that most of them are on the subject. Some users mention the promotion and donation of Ubisoft, but even in such cases the game itself is most often praised. It is worth mentioning that the free version was available only on Uplay. It has increased interest in the project, which has translated into more sales on Steam. Many people who had bought it earlier returned to the game. A large group of them discovered that after the updates Assassin's Creed: Unity is a much better title than when they played it before.

After all these analyses Valve decided not to interfere with the average score of the game. Ubisoft's actions caused an increase in interest in production, but new reviews were mostly considered useful for players who are considering a purchase, and today the opportunity to visit the virtual version of Notre-Dame cathedral adds Assassin's Creed: Unity a certain charm. Steam's managers explained that ultimately it's about whether user reviews help other customers make decisions. In this case, it was deemed to be so.

Let us remind that the game was originally released on November 11, 2014. Assassin's Creed: Unity is available on PC, Xbox One and PlayStation 4.