Monday's fire at Notre-Dame Cathedral in Paris has shaken the entire French, who, after a successful firefighting operation, quickly became involved in a fundraiser to rebuild the valuable monument. Ubisoft joined the campaign, announcing that it is allocating a sum of 500 thousand euros for this purpose. To promote the efforts of Parisians, the studio will also be offering the PC version of 2014 action game Assassin's Creed: Unity for free for the next week,. using a dedicated website. We will be able to add the game to our Uplay library until April 25 at no extra cost.

The choice of Assassin's Creed: Unity is not random, of course. The game takes players to 18th-century Paris, allowing them to take a closer look at the many characteristic buildings of the French capital, including the Notre-Dame Cathedral, whose three-dimensional model was prepared with great attention to detail. Players can climb its towers and walk on the now-burned-down roof. 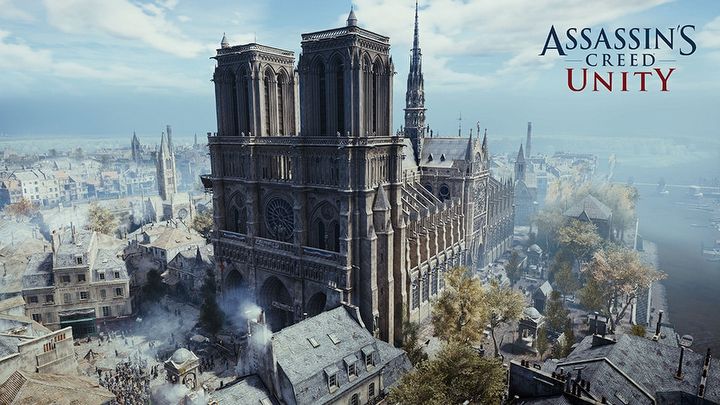