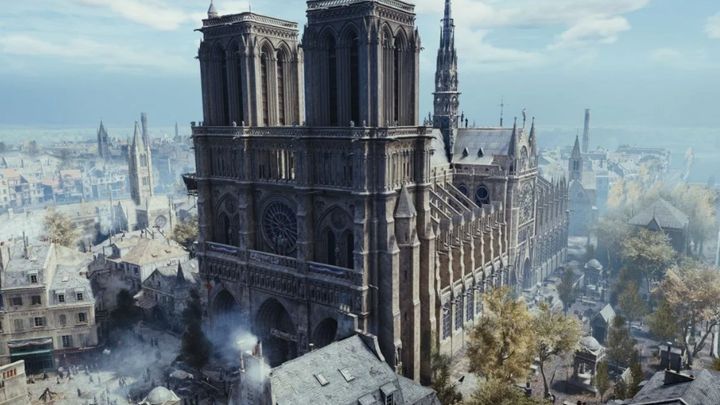 Recently, Ubisoft released the PC version of Assassin's Creed: Unity for free. The promotional action was a consequence of te fire of the Notre Dame Cathedral - the monument is present in the aforementioned AC cycle, so it is possible to visit it in its full, virtual beauty. It seems that many people have decided to do so - Hollywood Reporter informs that last week the game was downloaded over 3 million times.

It is also worth mentioning another generous gesture from Ubisoft - the company pledged 500 thousand euro for the reconstruction of the destroyed cathedral. Both actions of the French publisher were warmly welcomed by the players, who decided to express their gratitude by publishing a fresh portion of very positive reviews of Assassin's Creed: Unity on Steam. As you can see, although the customers are a fickle bunch and can be easily antagonized (as it was recently discovered by many companies, who have decided to sign exclusive agreements with Epic Games Store), the community can also reward behaviors that they consider right or noble.

It seems that the sad events in Paris had at least one positive consequence - they have given a second youth to a game, which probably deserved it. AC:U debuted on PC, PlayStation and Xbox One on November 11, 2014 and at the time of its release it was a title struggling with numerous technical shortcomings. The biggest problems appeared in the PC version. In the following months, the creators eliminated subsequent bugs (sometimes literally hundreds of them), so that today the production is in a completely different shape than about 4.5 years ago. This is the perfect moment to learn the story of Arno Dorian.