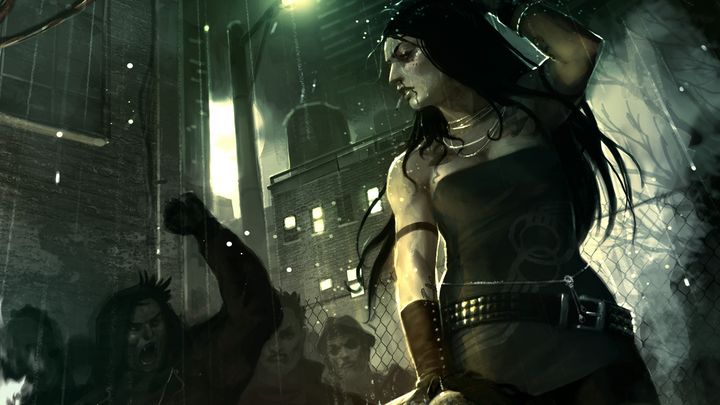 It has been 15 years since the release of Vampire The Masquerade: Bloodlines.

The official announcement of the next installment of Vampire The Masquerade is probably approaching. Four years have passed since Paradox purchased White Wolf Publishing along with rights to the vampire cycle. At the moment, everything indicates that the brand will be officially resurrected in March. A long stream was broadcasted on Twitch, which suggests that the latest installment of Vampire The Masquerade is to be shown on March 21, this year in San Francisco. This date is very likely because it is at this time that the GDC is held there. 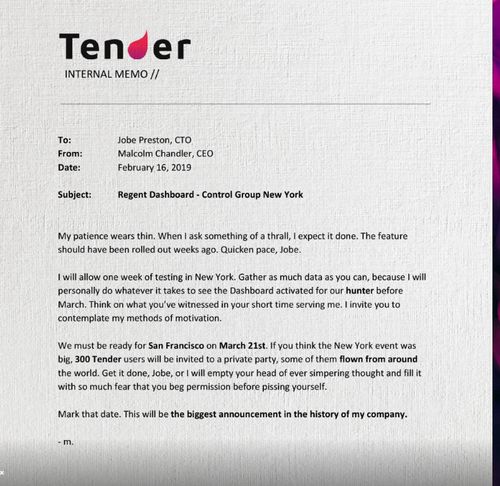 A document appearing during the stream.

So, what can be seen on the stream? Actually, not much. A video made available published by a Tender account still leaves more questions than it answers. For more than twenty-one hours of broadcasting, we are witnessing a group of people struggling with an escape room inspired by ancient Egypt, fragments of a mysterious code and a view of the coastline created on the game engine. The most interesting is the fragment in which we can see a document prepared by Tender's CEO - Malcolm Chandler. This is where the information appears, according to which, the biggest announcement in the company's history is expected on March 21.

We wrote about Tender two weeks ago. This website, which at first seemed to be a copy of the popular dating site, turned out to be something more complex. During the registration process, a new user is asked 8 questions, which are definitely not standard questions. Responses to them should include your blood group and interests, including demonology or shamanism. It quickly turned out that Paradox Interactive is behind the website, and its aim is to announce a new game. Due to previous announcements of the studio and the subject matter raised by the website, the next installment of the Vampire The Masquerade series was the players' bet. Is it right? We'll see in a month.