Warhammer Darktide is about to launch, but the creators at Fatshark have prepared a surprise – a closed beta, which commences on November 17. This way, you can start the war in the name of the Emperor of Mankind much earlier, as the premiere of Darktide on PC (Steam and Microsoft Store) is slated for November 30, 2022 (Xbox Series X owners unfortunately have to wait until 2023. The developers do not plan a PS5 release yet).

Many players who want to play Darktide, however, wonder if the progress made in Darktide beta will carry over to the full version of the game.

Does progress from the beta carry over to the full game?

We have updated our news to inform you of the latest announcement from Fatshark.

Yes, you will be able to carry over the progression from the beta to full Darktide release. Fatshark just informed, that November 30 you will save all your characters, money, weapons, penances and equipment. You won't lose anything. 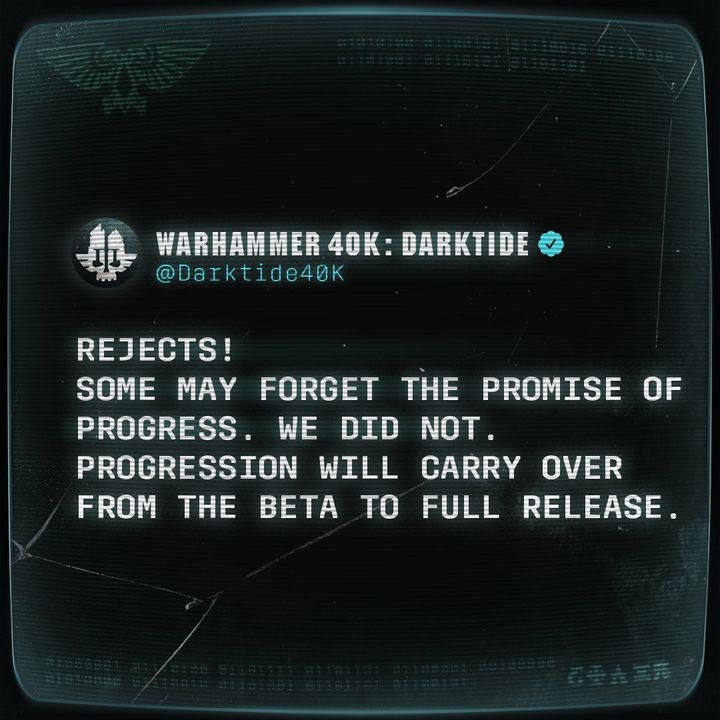 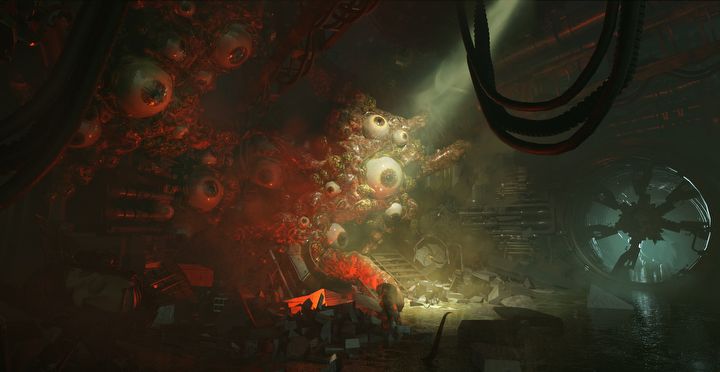 It's worth explaining how to join the Darktide beta in the first place. The beta, which will launch on November 17, 2022, is the second beta of Warhammer 40,000 Darktide. The first stage lasted only two days (October 14-16), and the progress (i.e. character levels, currency, items and skins) was obviously not carried over. To access the new Darktide Beta on November 17, simply preorder the game. All pre-orders will get access to the beta.

Fatshark announced that pre-order beta will go live 10am PST, 18:00 UTC, 19:00 CET November 17. However there’s no preload. Warhammer Darktide Beta can be downloaded from November 17 at 10am PST.

What does the Darktide beta offer for preorders?

Fatshark has revealed the contents of the preorder beta. There will be much more missions, maps, and weapons than before. The content of Darktide beta will be introduced in stages, below, you can find Darktide road map:

The beta will also be better optimized – a slew of improvements were introduced to the way the game works, the character classes will be more balanced, and there will also be new HUD. A big selling point is surely the ability to try out the 60+ weapons that will be available in the game.

Now we know for sure, the beta for people who preordered the game will contain more content (maps, weapons, skins and cosmetic items) than the first beta that took place in October. So, you will definitely get a chance to try much more of the game's content, but keep in mind that the Darktide beta is not the full version of the game – it doesn't contain all the content, levels, mechanics, maps, weapons, and skins. You'll have to wait until the game's real release on November 30, 2022 for the entire package.