One of the attractions during this year's BlizzCon was a Q&A session with the devs of World of Warcraft. The director of the most popular MMORPG in the world, Ion Hazzikostas said that in the future the players may expect a mode in which it will be possible to play together with members of the enemy faction. Of course, this idea is still in the realm of possibilities, plus it could cause a lot of controversy among long-time players. The conflict between the forces of Alliance and Horde is one of the key elements of the Warcraft universe, but, according to the devs, the most important thing is to have fun with friends.

"I honestly would not say never. That's kind of what I was getting at with my answer earlier. There are a ton of reasons why it is essential to retain faction identity. [...] An MMO like World of Warcraft is about being able to play with your friends, being able to play where you want to be, and arguably there's greater strength to the faction identity if you feel like you can truly choose the faction you identify with, that you feel like most apart of, and not have to sacrifice that because you need to be with your group or you want to join a higher rated guild.

I have coworkers who are lifelong Alliance players who now play Horde and really wish they could be Alliance and they're doing it for guild reasons. I know there are tens of thousands, maybe more, in that exact same boat around the world. We'd love to do something for them."

Hazzikostas was referring here to the situation that happens on WoW servers. The players can only perform raids and other tasks with companions belonging to the same faction. This causes some people to change sides of the conflict, which often ends up distorting the gameplay on a given server and sometimes depopulating it. The director noted that in recent years, especially since the release of Mists of Pandaria, many people have abandoned their characters in favor of representatives of the Horde. Despite the fact that according to the data in his possession, i.e. the distribution of players is quite equal, the most experienced players prefer Horde. 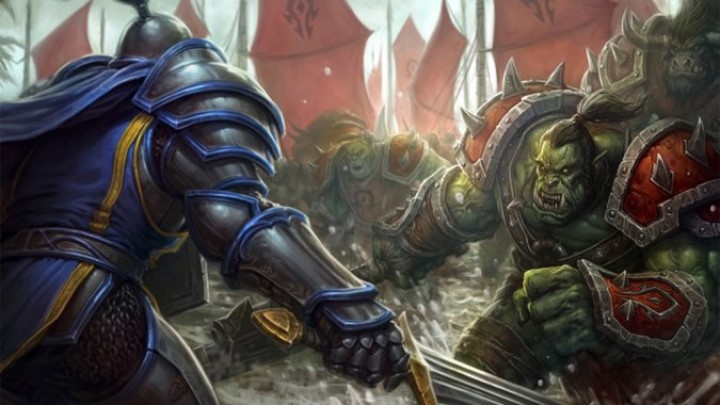 Will we see co-op between the two warring factions in the future?

It's unclear when or if the devs will allow the warring factions to work together at all, but it's worth noting that in the past both sides have been forced to temporarily bury the hatchet in the face of an impending crisis, so it wouldn't be unprecedented from the narrarive perspective.

Two things related to the Warcraft universe were announced yesterday. The newest expansion for WoW, Shadowlands, will receive patch 9.1, and World of Warcraft Classic the The Burning Crusade expansion. In addition, the devs do not exclude the introduction of Wrath of the Lich King, if the community responds positively to the idea.