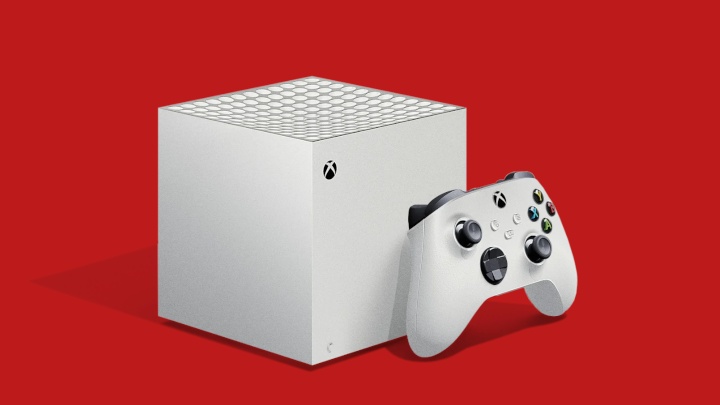 The above picture is still an artist's vision, we are waiting for Microsoft's official materials
IN A NUTSHELL:

A lot has been heard recently about the emergence of the cheaper Xbox Series S console. In addition to the lower price, we can also expect lower performance. According to TweakTown, S model can be up to 61% weaker than Xbox Series X. This is a result of a much smaller number of computing units and lower clock rates in the GPU (information from Tom Warren, Senior Editor of The Verge).

Xbox Series S is designed for less demanding users who are not interested in 8K or 4K resolutions and do not need a Blu-ray drive. However, a much lower price (than Series X) is associated with the shafting of some components. The table below compares the technical data of Microsoft's consoles (in the absence of official information, it is worth noting that many of the values below come from leaks):

The GPU was hit the most - lower clocking and 32 fewer computing units. Xbox Series S is supposed to have less RAM, and of course, it doesn't have a Blu-ray drive. However, it is supposed to keep most of the advantages of Xbox Series X. The processor is the same - 7-nm Zen 2. The SSD should be just as fast, but it is not certain what capacity it will have. Support for the 120Hz refresh rate is also uncertain. We can see that it is primarily lower resolutions that are to be the main disadvantage of the cheaper console. On smaller screens, however, the computing power should be sufficient to provide a similar experience to Xbox Series X.

Xbox Series S is to run all games from the stronger console. It will also be fully compatible with older generations. Due to the lack of optical drive, the question is how the issue of backward compatibility will be solved. Some people comment that after sending discs to Microsoft we will receive digital licenses. What will it be like in reality? Currently little is known, but we hope that the console manufacturer will not forget about the owners of physical game collections.