In June we wrote that Owlcat Games is working on adding a turn-based combat system to Pathfinder: Kingmaker. The update is now available. It implements a number of minor or major improvements, patches a lot of bugs, and introduces support for controllers.

For a long time now, the players have been reporting that the title lacks a turn-based combat system, which was reflected in the actions of modders. This in turn inspired the devs themselves to create this update. 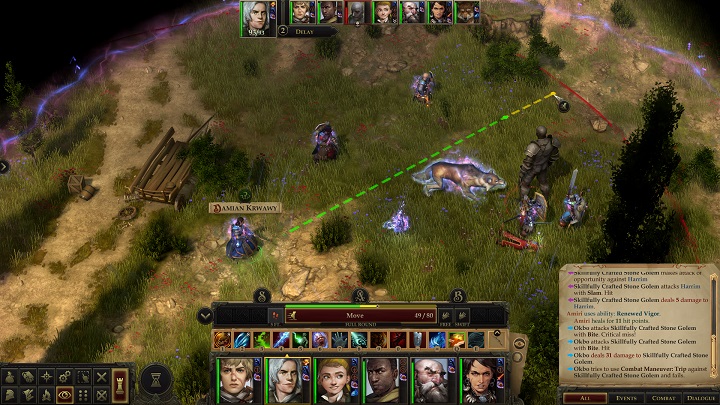 No enemy stands a chance against me now!

Turn-based combat is disabled by default, but the option can be enabled (or disabled) even during a skirmish. The mode is quite standard. At the very beginning of a fight, each character taking part in it rolls for initiative, which determines the order of moves. Each character has a specific pool of action points. In a given queue we can move with freely only within half this value. Movement above this number results in a warning in the form of a yellow arrow (as above). If we ignore it, we will not be able to perform most of the actions (casting a spell or attacking). Additionally, an attack or a spell will make the character's turn end.

However, there's more to life than turn-based combat. The patch also adds controller support, which initiates the debut of the game on PS4 and XONE. In addition, it fixes a lot of bugs and introduces new items. The scope of improvements ranges from fixing the bug that prevented us from completing a task, to placing the icon to exit the map a little higher. The list of changes is really impressive, so we invite you to read it. But be careful as there are spoilers. 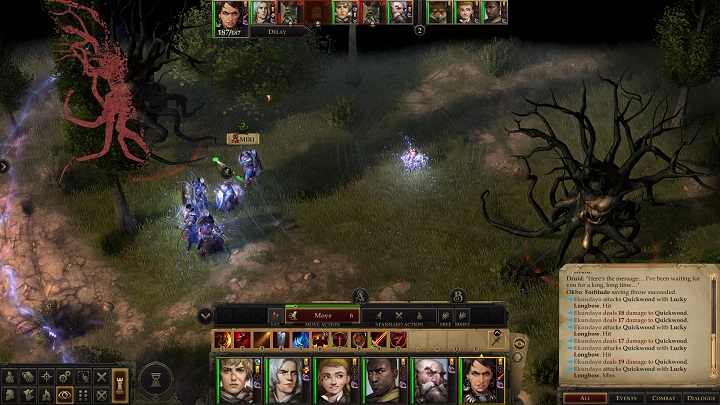 Something tells me that these trees are not friendly.

The devs also point out that an update is not necessarily compatible with existing mods, so people who want to continue playing with them should avoid it.

At this point it should be reminded that Owlcat Games is already working on the continuation of the game, which will be called Pathfinder: Wrath of the Righteous. The game was founded on Kickstarter and was quite successful there, raising over $2 million.