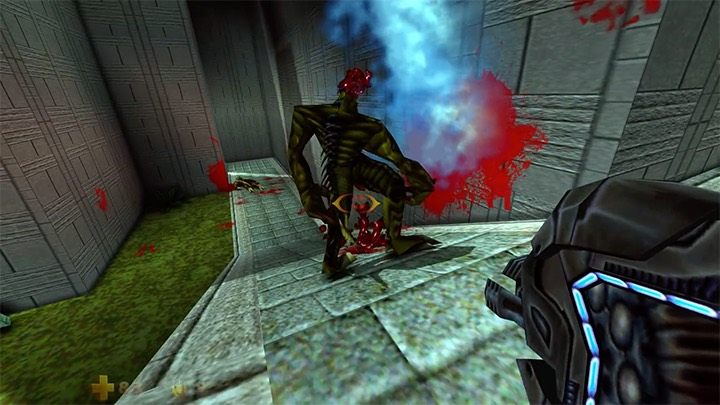 According to IGN, the cerebral bore is the first place on the podium in the top 3 weapons of all time. Regardless of where it ranks, however, the weapon is widely considered to be one of the most vicious and gruesome in gaming history, which helped it gain quite a bit of notoriety. Did even the deadliest dinosaurs in Turok 2 deserve the cerebral bore execution? Let's recall its operation. 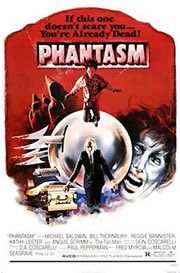 The way cerberal bore works wasn't exactly an invention of Turok's creators. It functioned similarly to the weapon of Tall Man, the protagonist in the now-iconic 1979 independent horror film Phantasm. The authors of the game themselves from only the effect of the final explosion.

The somewhat strange, round device was a type of smart weapon that required locking onto a target  usually an opponent's head  before firing. When the trigger was pressed, the cerebral bore spat out a golden ball with small hooks, a drill, and a hidden explosive charge. As the bullet reached the target, it began to bore into the opponent's head, and upon reaching the brain, which after all was fatal itself, exploded, creating a bloody mosaic. The action may have been brutal to the point of exaggeration, but it is what makes us remember that weapon to this day.

It is worth mentioning here that during the game we could watch animations and hear sounds that indicated the gruesome drilling process takes place. 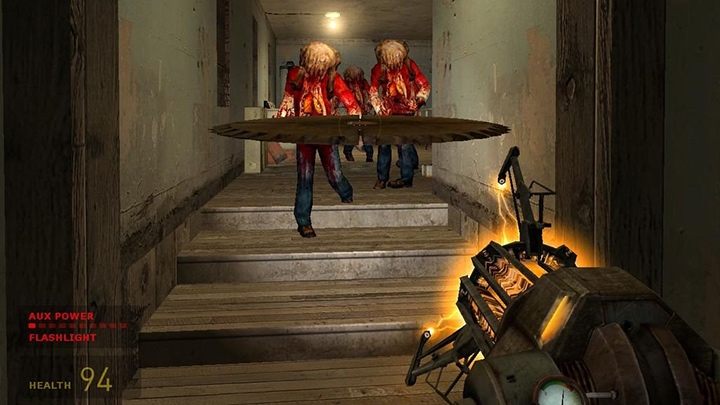 For convenience, we will stick to the common name "gravity gun," though the scientifically correct name of this gun is "zero point energy field manipulator." To this day, it can be argued whether Gordon Freeman's crowbar is more iconic than the gravity gun, but it's undisputed that the latter wins in terms of complexity and creativity. Like the shrinker, it was not a firearm that would fire projectiles or spit flames, but it proved equally deadly and effective. And that's without any ammunition, just using the ordinary laws of physics.

Gravity gun operated in two modes. The first generated something like a strong blast of energy. It was not very lethal on its own and was more often used to remove objects blocking the way. The second mode allowed you to attract certain objects to the weapon, point the barrel in the desired direction, and either drop the object harmlessly or hurl it with tremendous force. All this was done according to the game's logic and physics. Light, small things didn't do much damage, but firing an exploding barrel at a group of enemies caused a real slaughter.

This relative authenticity also posed a danger for the player, as the enemy might as well fire at the barrel held overhead and it would have given us quite the firestorm. The gravity weapon also allowed for attracting inaccessible supplies and even building simple bridges. It's just a shame that the attraction didn't have any effect on most organic matter, such as the Combine soldiers. Or rather  it MOSTLY didn't...

In the final stage taking place in the Citadel, the gravity gun subjected to black energy, transformed into a black energy field manipulator, and gained much more powerful capabilities, including the ability to affect any living objects. The objects lifted may have been heavier than usual, and throwing them was done with more force and at a farther distance. But even without the black energy, playing with gravity gun was pure fun. Sometimes even more engaging than the game's famous plot. 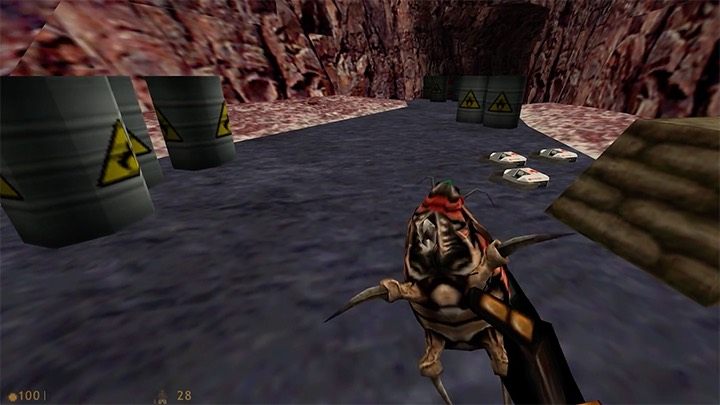 The snark, or rather squeak grenade, is another invention from the Half-Life universe and perhaps the most unusual example of weaponry in this list. For the Snark is both our weapon and our enemy! It is a small beetle-like creature with four legs and a hard shell. When its territory is threatened, the snark defends itself  it jumps up and bites with its sharp teeth, and after a short time explodes, spraying corrosive acid on top of that. While a crowbar alone was sufficient to eliminate the snark, a shotgun blast, or preferably a rocket launcher, was a much better choice, especially if Gordon was being attacked by a group of snarks.

Snarks, however, were not only threatening but also useful. Carried in special bags, they acted as hand grenades. And it was a grenade that was both an intelligent weapon and a biological weapon! Thrown towards the enemy, the snark would begin its 20-second countdown to explode with acid, and in addition, detect and target the nearest living individual. Here you had to be careful because a snark thrown into an area without enemies would turn around and attack Gordon. The fate of this poor creature, ready to sacrifice its own life in order to defend their nests, was not enviable, but you have to admit that it is an ingenious kind of weapon in an FPS game. 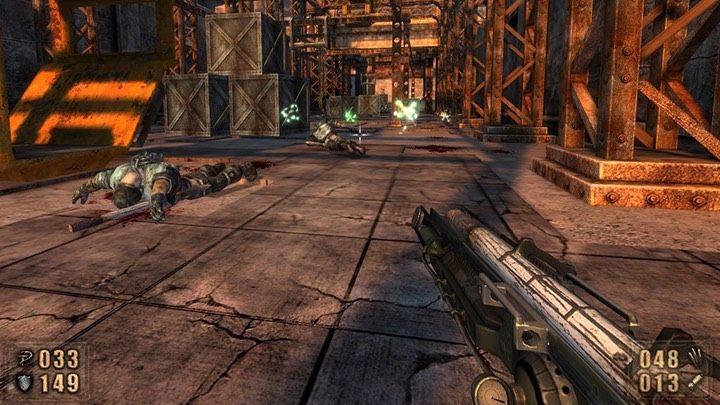 Valve wasn't the only one with ideas for interesting weapons in games. As Half-Life 2 takes place in Eastern Europe, the Stake Gun from Painkiller, coincidentally, hails from Poland. Although among the strong set of weapons of the main character the basic weapon was the titular "painkiller", the history of games fondly remembers the stakegun. A truly monstrous device, inflicting pain in several ways and actually shooting wooden stakes.

The most basic mode of operation made it so, as you might guess, the sharp pegs were able to nail the victim to the wall. However, if we shot at an enemy from far away, the pegs would catch fire on their way to the target, causing much more damage. One had to be careful, though, because longer flying projectiles were subject to ballistics and fell with the distance traveled.

The second mode of operation for this weapon was a launcher of grenades that exploded upon hitting an enemy or after a few seconds of bouncing around. The most deadly combo, however, was a difficult one to achieve, which is to fire a grenade and hit it moments later with a stake. This combination provided a huge wave of destruction and caused carnage in enemy ranks. The simplicity of the stake and grenade combo in People Can Fly's game gained a new dimension and became a sensation  the spectacle of using these weapons matched their effectiveness.