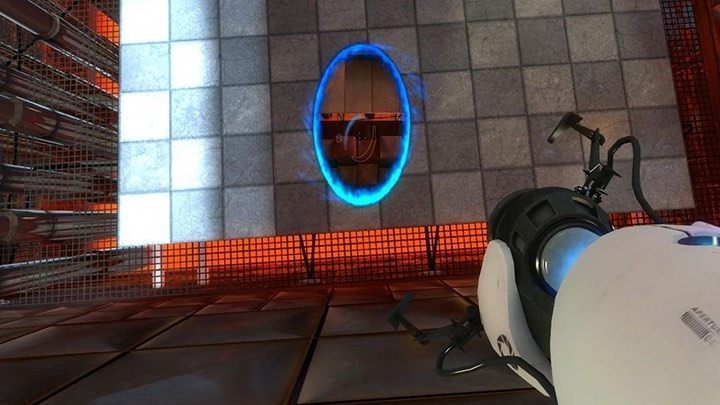 The third device from a Valve game on this list confirms that they used to be the Elon Musks of the FPS world. It's a shame that we now know them mostly from recurring sales on Steam.

A portal gun is the twin of a gravity gun, except that it is used by Chell, the heroine of the Portal series. Following the gravity gun's steps, it was not simply a weapon. Its full name reads "Aperture Science Handheld Portal Device," or "ASHPD" for short. It worked in double-shot mode: the first one created a kind of door-entry, and the second one similarly created an exit (you could enter through the exit  no one checked that!). These holes were distinguished by the color of their outline, blue or orange.

Using appropriately placed portals, it was possible to get to places out of reach in no time  somewhere very high up or over some precipice. The clever placement of these transitions meant that the energy of falling down changed into the energy of moving forward when it made sense to make that sort of leap. Portals could also be used to quickly place large and heavy objects at the desired location or to eliminate a threat, such as CCTV cameras or guarding turrets. A small complication was the limited number of areas where portals could be created. It was interesting to note that the ASHPD also had the functionality of the gravity gun, but with much less power.

All of this meant that the Portal Gun could be used in extremely creative ways, especially when playing through the campaign in Portal 2's co-op mode. With just two clicks, it was enough to solve complex environmental puzzles, eliminate threats or defend against them. While technically more of a mobility device than a gun, a gun is still a gun and therefore most deserving of a spot on this list. 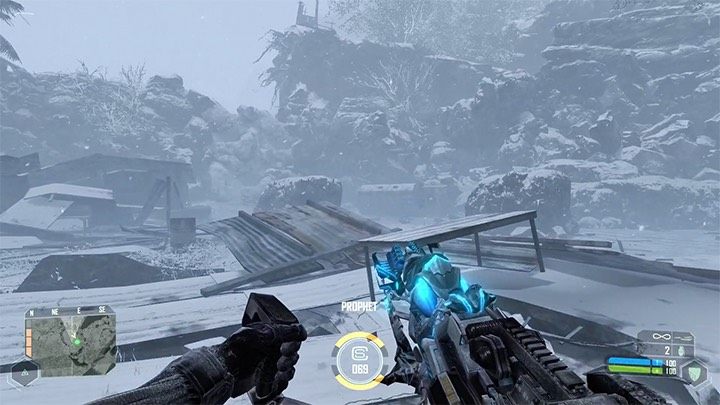 The best way to defeat an enemy is with their own weapon, which is why Prophet, one of the heroes of Crysis, has adapted the alien technology that attacked Earth to be used by the invasion-repelling soldiers. The gun's acronym, MOAC, stands for "molecular accelerator," and the complicated name simply means "a rifle that shoots sharp icicles". In a reworked version called MOAR ("molecular arrestor"), these are in turn jets of cooled air, deadly at close range.

MOAC stood out for its highly imaginative action. This is because it absorbed moisture from the air around it, froze it, and shot the resulting sharp minispheres of ice. Its great advantage was that there was no need to carry a stockpile of ammunition because it simply existed in the air in infinite quantity.

The rifle also provided tremendous rate of fire, making it effective against larger groups of enemies. The disadvantages, however, were short range, the need for cooling breaks, and not very good accuracy. The ability to draw unlimited ammunition from the air is probably every war strategist's dream.

FALLOUT 2 WAS GREEN TOO

Guns that use atmospheric moisture instead of lead cartridges not only save money but also provide relief to the environment. How much less metal, less smoke from smelter chimneys, fewer shells trampled into the mud! Fallout 2, which is obviously not a shooter, also allowed you to shoot organically. In one of the hidden locations we found a pretty powerful energy gun, charged by solar energy. The solar scorcher was insanely useful, but only during the day. At night, the battery would run out after a few shots and you'd already have to reach for something normal. 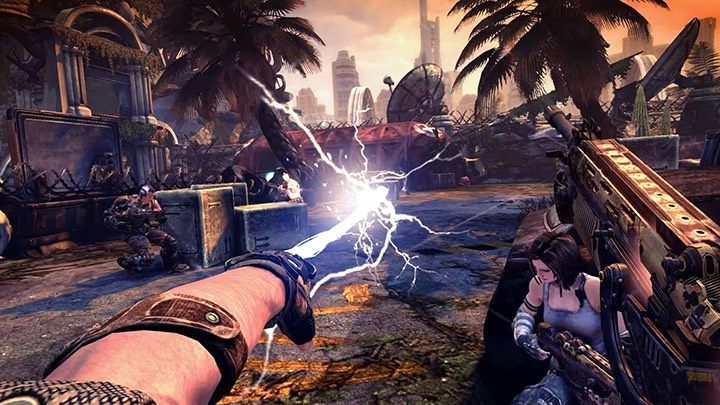 What gets created from combining the creativity of the people from People Can Fly studio (the ones from Painkiller's stake gun) and Cliff Bleszinski (the dude whose studio dreamed up the lancer from the Gears of War series)? Probably a weapon extremely spectacular, original and totally crazy. And that's what almost all the guns in Bulletstorm are. However, we don't often get the chance to use something other than a rifle in FPP games. And the aforementioned creators have also given us the energy leash, which also acts as a deadly whip. The main character, Grayson Hunt, was able to use it to catch enemies and pull them towards himself while initiating a brief moment of slowmo action. Such a delinquent, hanging in the air close to us, could be finished in some other way, which generated more game points.

Like many of the weapons in this collection, the energy leash also had a second, much more lethal mode of action. With just the right movements of Hunt's wrist, the thumper appeared  a block of deadly energy that traveled down the string and at the end, caused a huge explosion. Aimed at a larger group of opponents, the thumper created a concrete scramble. A great advantage of the energy leash was also its additional role, so to speak because released from the left hand it could be used in conjunction with another rifle from the right. This further increased the number and spectacle of executions  depending on whether we used a shotgun or, for example, the penetrator sending enemies into the air like a flare. A real gem among FPS weapons! 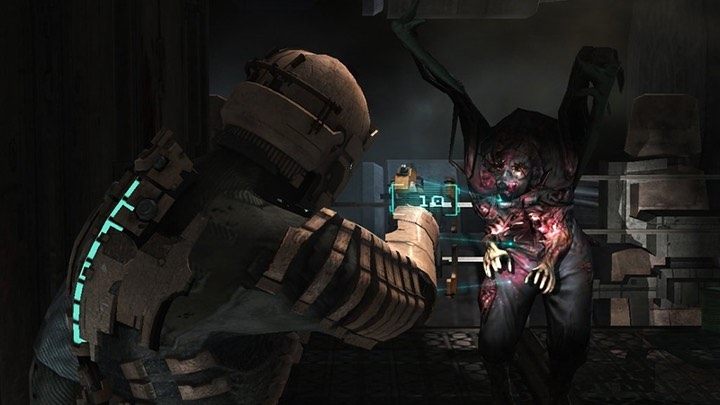 The plasma cutter, or hot arc plasma cutting device, is  surprisingly  an authentic tool used in metalworking. In the game Dead Space, it originally isn't a weapon either, just regular mining equipment, that comes in a much more compact size, similar to a baseball glove. The main character Isaac Clarke has no choice, so during an invasion of necromorphs on the ship Ishimura, he grabs a plasma cutter to defend himself from these horrible creatures. The device quickly became an iconic gaming weapon and Isaac's trademark, like Gordon Freeman's crowbar.

Unlike the real-life plasma cutter, the one in the game used ionized plasma in the form of firing pins vertically or horizontally, depending on the selected firing mode. This portion of plasma would penetrate the target, causing a thermal explosion, or break up frozen rocks. However, in the case of organisms, such as the necromorphs, the damage was not too great, as it was mainly caused by the sheer force of the cut. This is where improvements to the plasma cutter became necessary. The hallmark of this tool was also three laser beams that make aiming a little easier.

The popularity of the name "plasma cutter" was capitalized on by Fallout 76 which has its version of the device. In this case, it's a one-handed sword weapon that has a "blade" made of heated plasma, and Fallout's protagonist uses it as a kind of a sword rather than a rifle. The idea is generally so-so and I think we still get more shivers from the ol' 211-V than from the Fallout plasma cutter.