Scribblenauts unlimited  getting cannibals to eat their own babies 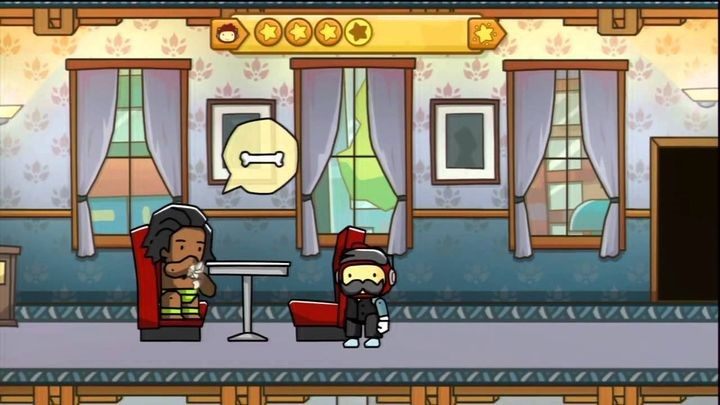 First baby is on the house.

IS THAT TOO MUCH?

At this point, we face a dilemma. What we describe here in a humorous way is not only extremely cruel, but also violates social taboos. While GTA mentioned at the beginning of the text seems like a slight bending of social norms, so writing about eating people, let alone infants, is something many of us abhor. On the other hand, we're only talking about a game. Decide for yourself if you can stomach it.

There are not many popular games on the market that make children think creatively. There's obviously Minecraft, as well as a number of games created under license of LEGO. Scribblenauts, however, stands out from the competition with its original gameplay idea. The player can type any word in a virtual search engine. After tapping the password, it materializes the word in question. And on this basis, a multitude of logical puzzles were built. Do not take the term "kids game" too seriously, because we're dealing with a work that's very universal.

Even such a cartoon and candy production can be reduced to a level of pure sadism. I don't think I have to say what is typed in Scribblenauts by elementary school students under the influence of juvenile sense of humor. Well, I'm sure you can guess. We will go to even darker corners of this fantastic world.

The key words are "restaurant," "cannibal," and "baby." Since the player acts as the creator, they're also responsible for feeding the NPCs. So it's best to do it in a five-star venue. But why bring an ordinary family there? It certainly had the opportunity to taste such luxuries already. Give someone else a chance  like a pregnant cannibal. This customer isn't picky and will surely agree to any offer from the waiter, and as it happens, the menu card is empty. So why not serve the woman her newborn baby? And because it is a game that is friendly to people of all ages, the newly minted mother will not protest and will eat the meal with gusto.