Computer games have always evoked different emotions in us. In the past, in the days of strictly arcade and competition-oriented games, it was nerves on the one hand, and the joy of success on the other after completing a difficult sequence or beating a record. As story-oriented titles and well-defined protagonists started to make their appearance, feelings typical of films and books joined in - curiosity, emotions, sympathy and sometimes fear or sadness... being depressed, in general.

It even seems that we remember more the particularly depressing stories from games like Silent Hill 2, To The Moon, Brothers: A Tale of Two Sons, The Walking Dead: Season One and many others. And there's nothing unusual about this - scientists have long confirmed that it's fairly typical. A New York Times article features a voice of Professor Clifford Nass of Stanford University:

Most people seem to have this tendency. Some people actually look at the world a little more positively, but virtually everyone remembers the sad, negative things more.

Fortunately, strong emotions are also associated with happy situations and our memory registers these pleasant moments as well. And alongside these great, if somewhat depressing games, there are also productions with particularly warm, uplifting messages. The ones that make us feel better, that put us in a good mood and lift our spirits. So here's our list of games that are the total opposite of the ending of the first season of The Walking Dead. In an era of not-so-cheerful daily news, maybe this will be the source of a cool, positive experience.

In January 2022, we decided to supplement the text with two indie hits of the past months, which in our opinion fit perfectly into the canon of games that make your heart a little warmer. You can find their descriptions on the last two pages of the article. Our friend Carl Laska wrote the update. 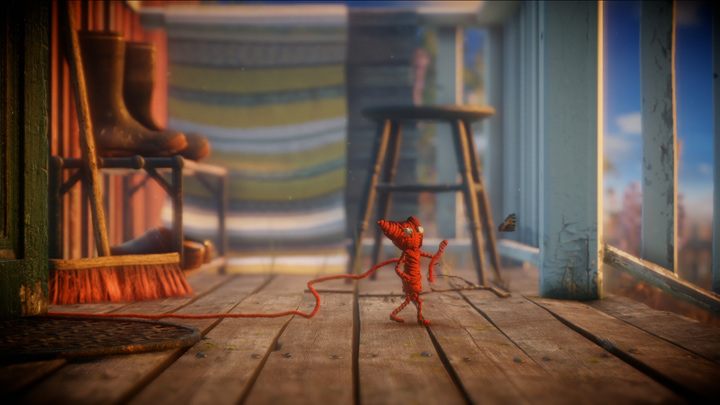 The beautiful and atmospheric platform game, which is Unravel, delighted us five years ago for a couple of reasons. One of them was an extremely moving speech made by the game's author at the presentation of his creation. The second surprise was the fact that such an inconspicuous, singleplayer indie game was ultimately released by Electronic Arts, the lootbox supporter of the time. Finally, the surprise was the game itself and how good the adventures of the yarn mascot, Yarny, turned out to be.

Ingeniously designed platform stages framed in beautiful visuals provided the backdrop for a moving story about passing. As Yarny, we uncovered the memories of the residents of the house where the red doll was created. And they were not different from the situations we know well, standard for most families - once it was cheerful, once a little sad. It's a game that evokes excitement thanks to both the interesting gameplay using the laws of physics and the narrative layer. And Yarny is simply impossible not to like - he's probably the most expressive of the most inconspicuous game characters.