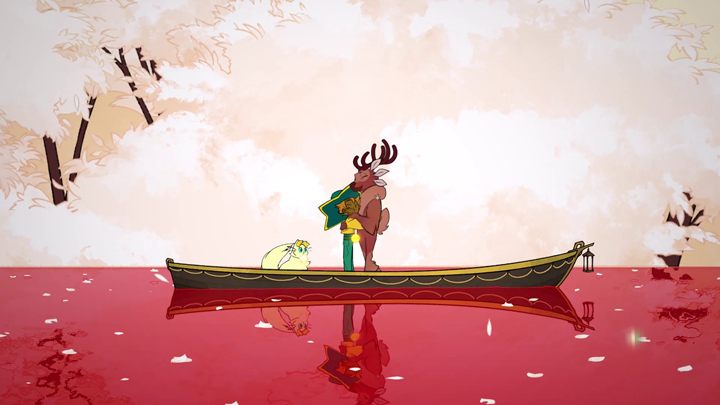 "Spiritfarer" basically means a "carrier of souls," a person who transports the dead to the other world. In the game, Stella provides this kind of service and, for this purpose, she uses a boat built by herself, which we have to manage and improve as we progress through the game. The introduction to the story and the omnipresent motif of death may not promise a particularly cheerful, carefree production, but  surprisingly  the authors have managed to create a work that evokes only warm, positive emotions.

To some extent, this is due to the rich gameplay mechanics, some of which resemble those of Stardew Valley. What's most important, however, are the side characters we meet here  our "customers", who need their final transportation. Many of them have various missions and requests for us, the fulfillment of which will ensure their eternal peace. Their stories really draw you in, and thanks to the well-written dialogue, you find yourself, unwillingly, forming a pretty strong bond with them. The characters in the game almost become our friends that we just want to help. Spiritfarer is about death, but it's not a grim tale, just a warm and touching one.

While on the subject of games that tackle death in a unique way, it's hard not to mention To The Moon. This position is often listed among the particularly sad productions, which make even the toughest guys cry.

However, many admit that it is a veritable rollercoaster of emotions, with great sadness mixed with heartwarming humor. If you are not afraid of a really strong dose of feelings, it is worth getting to know this story about an old man who wanted to fulfill his biggest dream  to fly to the moon. 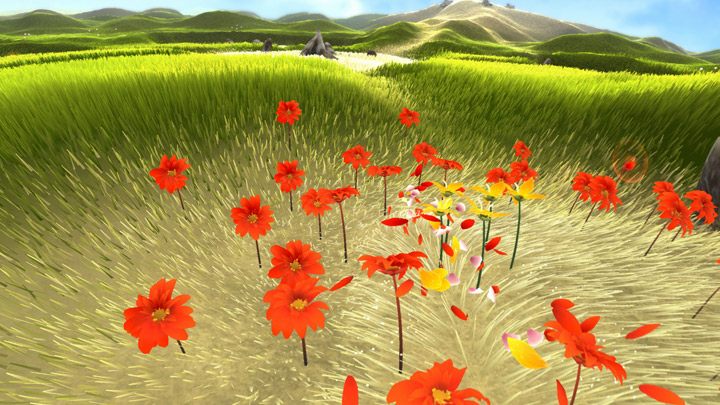 Flower in the game world is a bit like a poem in literature. The short production by thatgamecompany studio, originally released exclusively for Sony consoles, features not only original gameplay mechanics, but also some freedom to interpret what the game is actually about. To some extent, this becomes clear when we watch the moments when beautiful landscapes suddenly transform into cold, industrial scenery. Fortunately, the ecology theme in Flower is not particularly pushy.

The already extremely relaxing gameplay comes to the fore. The idea of traveling and exploring the environment using flower petals and light gusts of wind proved to be a hit. Nothing here stresses us out nor does it require breakneck skills or haste. Combined with beautiful music and nice graphic design, we get a really relaxing production. This is a game that would make even moderate anti-gamers come around. 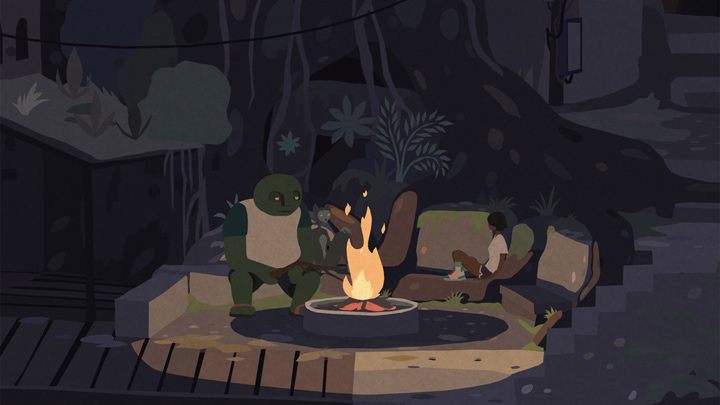 In Mutazione , we find ourselves in a small, gated community on a tropical island whose inhabitants have turned into mutants after a meteorite has hit the area. We play as a young, 15-year-old girl who arrives at the facility to care for her sick grandfather. It gets even weirder further on, with the creators referring to their work as "a soap opera with mutants."

Everyone praises the consistent, very interesting visuals, as well as beautiful music and the overall atmosphere of the game, which is both intriguing and relaxing. This is one of those stories where you absorb every bit of dialogue and want to know everything about the characters. It's worth giving it a chance yourself, even if you're not a big indie games lover.

Welcome to Elk was made in a similar convention to Mutazione, although with a much heavier atmosphere. This title can be easily compared to Spiritfarer and To the Moon  it's a real emotions swing, in which humor is mixed with sadness. We play as a woman named Frigg, who starts a new life in a small local community. It quickly turns out that living in the province is not boring at all, and the locals lead quite a colorful existence. With the help of an artistic cartoon with colorful characters on a black and white background, the creators present real stories of real people, including the not so cheerful ones. An interesting graphic style is combined with a great soundtrack and stories that include murder, alcoholism, prostitution, violence and vulgar language.

The unusual narrative is aided by imaginative, somewhat surreal mini-games, and the fact that we are watching a truly authentic story adds spice to the entire production. The creators took advantage of their contacts, people they knew could tell them everything using their own words. Names or places were changed, of course, but the facts remained the same. The excellent narrative is aided by well-written dialogue that improves the characters' personalities and makes them more natural. You'll meet characters who you'll come to like right on the spot or, quite the contrary, you'll feel antipathy against them. One word reappears in a number of reviews of Welcome to Elk: "unique." It's not a game that perfectly fits the term "nice", but it has enough in common with other productions described in this list for it to be worth mentioning as well. 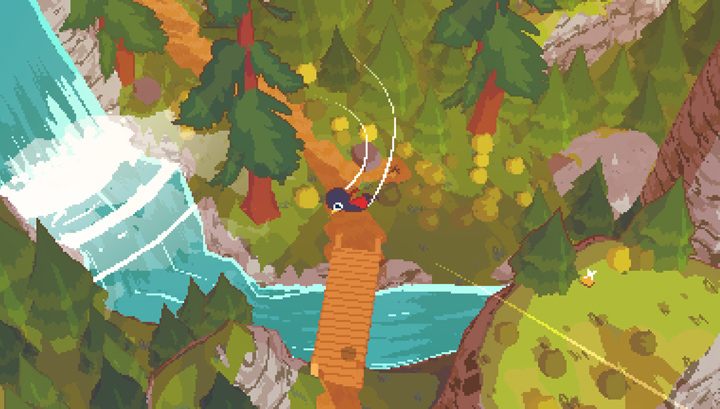 Numerous reviews of A Short Hike mention one main feature of the game  "soothing gameplay"  so we just had to include it. The authors here have crafted a truly microscopic sandbox and a story that can be learned quickly. However, the freedom of gameplay and the number of side characters and additional activities make us not so eager to rush to the end. In addition, the way to the game finale is not linear and you can get there in different ways, taking any amount of time.

The element that particularly encourages you to stay in the game is the rather original theme and plot.In A Short Hike, we play as a bird on vacation, which decides to climb to the highest peak of a landscape park to call its mom... And it's not a Monty Python skit!