Death plays an important part in many games. So much so that in order to make this article finite, we had to squeeze the less relevant examples into text frames. Video games allow us to mock death, others make us really grieve it, sometimes cry, but in general: internalize the inevitable passing of loved ones and ourselves, or finally become the grim reaper itself, carrying out the quest of sending souls to the oblivion. In other words – pick and choose!

Death is inevitable, as each Halloween and its cultural variants remind us, so we're not afraid to discuss it, also in terms of the story. If you're bothered by spoilers, be warned! 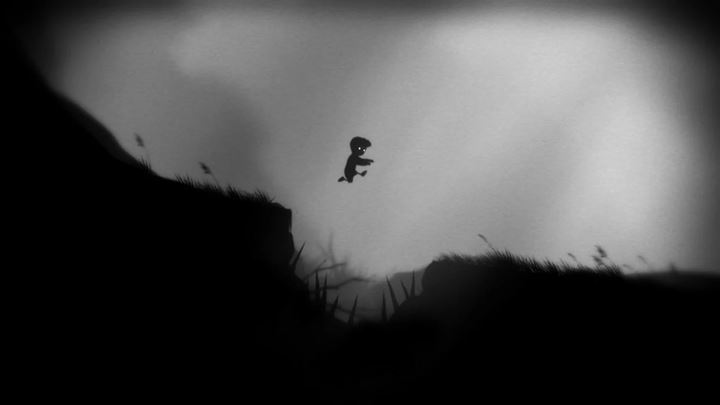 Danish artist Arnt Jensen, together with the adequately named studio PLAYDEAD has managed to create, with really simple means, a quiet game that tells more about death and loneliness than most mainstream games. The main character is dead, and his soul goes to the limbo – the realm of the underworld, where, according to Christians, unbaptized children end up (which is pretty wild if you ask us). But the game's limbo is more than that. It's a place of waiting for something that may never come. And a place of darkness that no god wants to see.

It's a story about getting used to the most difficult of things. And at the same time, it's about the seemingly deceptive hope that ultimately changes everything. The main character keeps dying, encounters more and more difficult obstacles, and finally has to perform cruel acts to survive. However, he doesn't give up and finally receives a reward – he meets his sister, who allows them to break free from the limbo. Or does it?

In terms of aesthetics, the game practically hasn't aged at all. Thanks to the ubiquitous monochrome and well-moving backgrounds, you never get the impression that it's something archaic, a game that needs a remake or at least a remaster. No, Limbo still works great, both as a dark 2D platformer and as an allegory of death, loneliness and hope. 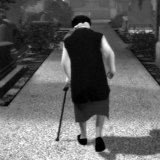 The Graveyard is a game – an artistic experiment. Our task is to reach an alley, where a friend of an elderly woman was buried. We know nothing about her and we hear almost nothing (apart from occasional sighs). However, we can assume that the woman is at least 80, maybe even 90 years old. She needs to rest from time to time, so for some players, the path to the tombstone may seem lengthy. In the end, however, the woman reaches her goal and... end credits roll. The producers wanted not to mess with the script, but rather to create a game that would be an experience. Do you think it worked?

Passage is another game in which you follow a predetermined path set by the devs. However, you can deviate from it a little bit, making your game life longer and finding treasures. A girl also awaits the protagonist along the main road. If he approaches her, they grab each other's hands and travel together to the end. Sooner or later (after no more than five minutes), both characters age so much that they find it difficult to move anymore. And then they die.