Games as an interactive medium have growing opportunities to attract our attention. And thus – making us sink into the worlds presented in them. One of the most important factors influencing this are locations. Some can delight with artistic style, others with their construction, and others with great characters. 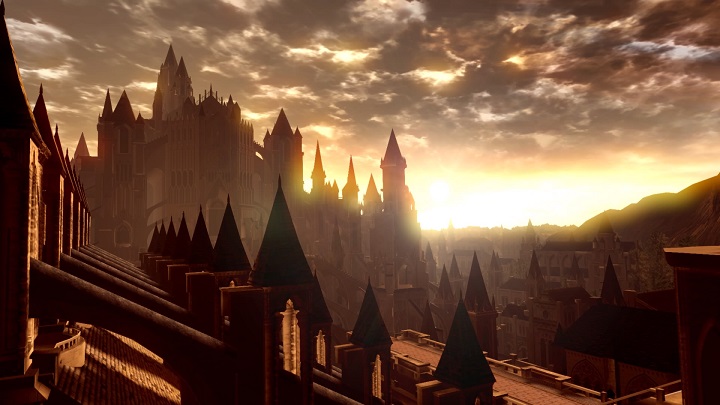 Dark Souls and generally the latest games by FromSoftware are full of great locations. The worlds of these games are begging for a thorough exploration. Not only because they look phenomenal (especially in artistic terms), but also because they are intriguingly constructed. And the more we try to explore their secrets, the more we appreciate them. Or, as in the case of Anor Londo, we remember them for other reasons – such as an overly difficulty level (even for this series!).

Traversing the iconic Anor Londo is a nightmare, although entering the "city of the gods" does not suggest it. It's clean and sunny, and the buildings testify to the great advancement of the civilization that lived there. However, we are quickly bludgeoned – the fact that this location is cozier than other places doesn't change much. It's the opposite of that. This is one of those areas where our character and patience is really put to the test. Especially a bit later, when powerful archers are lurking in the distance, and we have to climb some narrow arches. For many, this combination is a recipe for dozens of deaths in an hour, especially the first time you play the game. A similarly frustrating place also appears a bit later, when we have to move on narrow beams almost under the ceiling. Of course, in the company of a group of stubborn opponents. One wrong move and we're dead.

Anor Londo deserves attention, however, not only because of how challenging it is. This location has many interesting stories, just like the entire game. Here, too, we fight one of the most iconic bosses in the series – actually, a boss duo. The fight with Ornstein and Smough was remembered by players as one of the most demanding battles in the entire series. In addition, tearing through the beautiful, but the extremely unfriendly Anor Londo results in a huge relief – this is when we finally gain opportunities that strongly affect the nature of subsequent adventures.