Seasonal sales on Steam are true global festivals of compulsive shopping. 3.74 bucks for a game? That's 9 ounce's worth of Skittles. But there's more to life than money and candy. For example, Steam has a huge library of games that are completely free, and you can actually find many worthwhile tiles. We have chosen a dozen or so that surprised us with ideas and quality of craftsmanship and, more importantly, do not hide intrusive micropayments behind free-to-play facade. 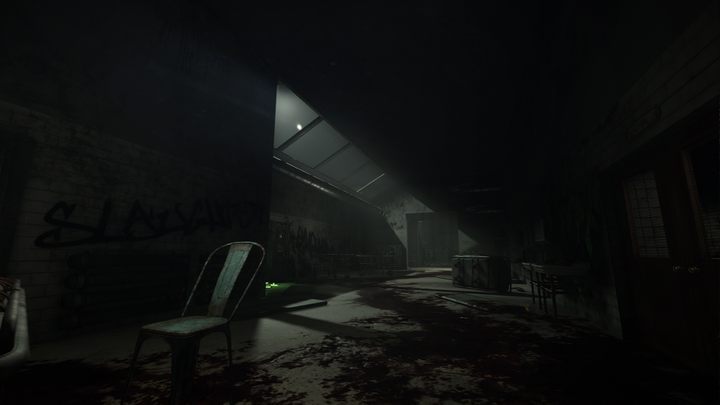 Atmospheric, shrouded in darkness  that's just two of the many strengths of the game Deceit.

Deceit debuted on Steam free-to-play in the first quarter of 2017. Upon first contact, this title seems to be based on a set of game clichés. However, they're all used very skilfully, making this game a one-of-a-kind adventure, and one of the most interesting items here. Why is that? Every second of the game we're asking who can we trust, and the emotions run high. It's a nice, free game. Help yourself!

The fulcrum of gameplay is the Murder mode, which fans of Garry's Mod may recognize. In the Deceit edition, players are divided into two groups: innocent (4 players) and infected (2 players). Each team has a different task. The former must get out of the map as quickly as possible, while the latter must prevent their rivals from doing so  at all costs. The infected can use standard weapons or transform into bloodthirsty beasts that can, among other things, see in complete darkness. The game brings a great a sensation of being hunted  the players don't know who one is the monster. However, the infected can be unmasked and defeated, so they have to lull other's vigilance and eliminate them one by one. 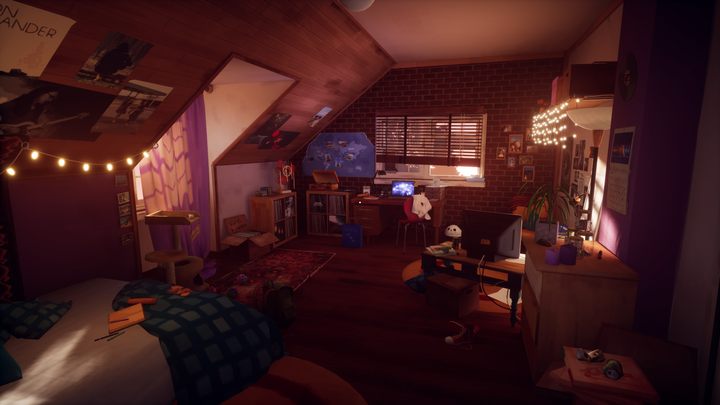 We stay in the same room for the entire game, which didn't stop the developers from telling a really interesting story.

We've been peeking into Marie's eponymous room since April 13, 2018 courtesy of developer duo Kenny Guillaume and Dagmar Blommaert. In this short production, the player takes on the role of Kelsey, who's trying to find a diary left somewhere in her friend Marie's room. As the game goes on, the protagonist begins to reminisce about past history, and by doing so, we learn more about the relationship the girls established twenty years earlier. At the same time, the story is so odd it's worth getting to the end.

The game takes less than an hour to complete, having us walk around the room (the entire game area) and click on literally everything that we can. Interactions with objects evoke further memories, most of which are a complete mess. However  thanks to the diary  as you progress through the game, they begin to form a coherent whole that is worth exploring. 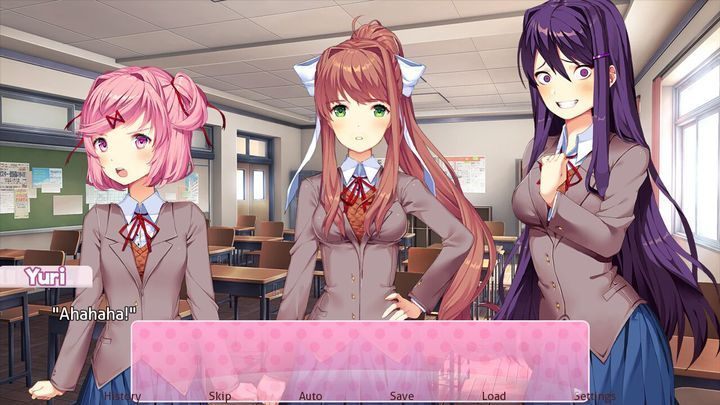 The girls seem likable, but something is wrong  the words of one of them outside the text box are not a coincidence!

Published in September 2017, Doki Doki received about one hundred thousand reviews (sic!) on Steam. Of this monumental number, the vast majority are positive reviews. Unbeknownst to anyone, Dan Salvato created a visual novel game, which for years to come will be listed as one of the most interesting, daring and surprising achievements in history of the genre.

At first, it seems like Doki Doki is just another visual novel about hitting on fellow members of the eponymous literary club. However, it quickly turns out that the creator had much more interesting plans for his game. The gameplay at some point begins to bleed in elements that are completely incompatible with the initial candy convention. The anxiety grows with each passing minute, but the plot, and the subsequent horrific consequences of our actions, are worth exploring on their own.