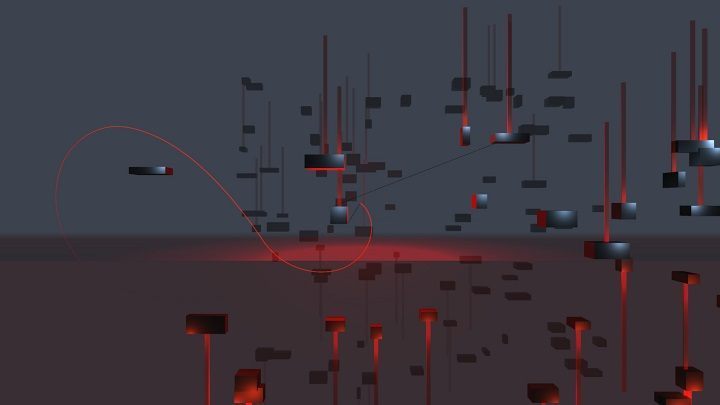 Pastel colors and tranquil music  this game is a prime virtual tranquilizer!

Sometimes all we want after a hard day of work is mindless, relaxing fun. No competition, no dialogues to follow, no tough decisions. If that's what you're looking for, free games of Steam are just for you, and particularly the one called Floating Point.

The production released by Suspicious Developments in 2014 almost immediately won the sympathy of players, and that's despite the incredible simplicity of gameplay. What's the fun in that? Accompanied by relaxing music, we move a red dot whose only task is to collect points (flying through red zones) in randomly generated spaces. We direct the round protagonist by catching various obstacles with a grappling hook. Addictive  beware! 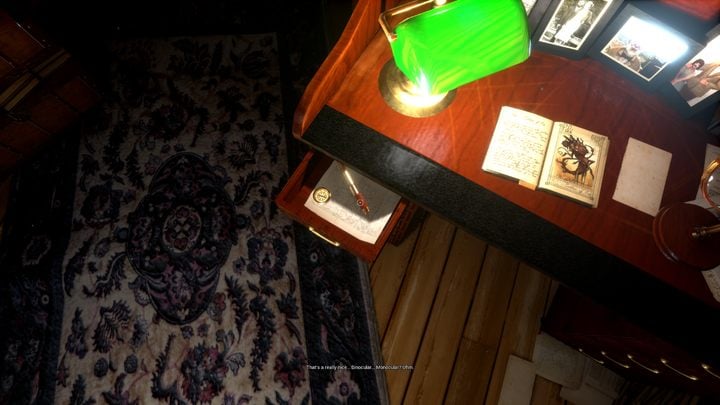 Half an hour of fun isn't much, but it's free fun.

A video game this short would probably be outrageous, but since we don't have to pay and since the download takes a ridiculous few moments, we can forgive this shortcoming. What Never Was is an adventure game that immediately evokes associations with Gone Home. The story in the work of Acke Hallgren (level designer of such titles as Rage 2 and The Division) begins when Howard James Wright disappears and the task of cleaning his attic falls to his granddaughter, the protagonist here.

The action is presented from first-person perspective, and the gameplay boils down to exploration and solving puzzles. Of course, it soon turns out that what we know about our grandfather is not true, and the whole story ends quickly, because it lasts as long as an episode of a TV series, and leaves us with a slight feeling of disappointment. Perhaps encouraged by the popularity of the game, the author will decide to create a sequel. If you like moving your head and mysteries, it's worth the temptation. 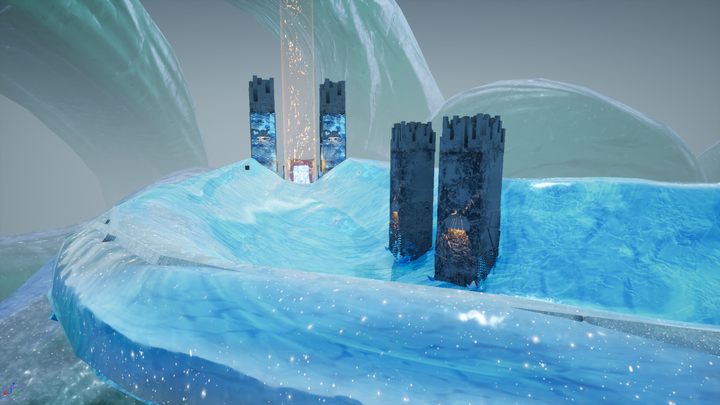 A combination of Trackmania and Mirror's Edge in a snowy, fantasy land.

Imagine a crossover of Trackmania and Mirror's Edge. FrostRunner brings 36 free stages that we can run through, breaking our own records and competing in global leaderboards with other players. Of course, quick reflexes are essential, because we jump on platforms, avoid traps, slide down ramps and all the while try not to fall into the abyss.

The story behind the creation of FrostRunner is also interesting  the game was created in 15 weeks by a group of students from Guildhall, Texas. This production was prepared as a research project and will not be developed any further, as its authors have already received graduated. It's a bit of a shame, as many would love to see more levels to complete, but on the other hand it's a perfect example of how learning game design should look like.

When the Darkness Comes 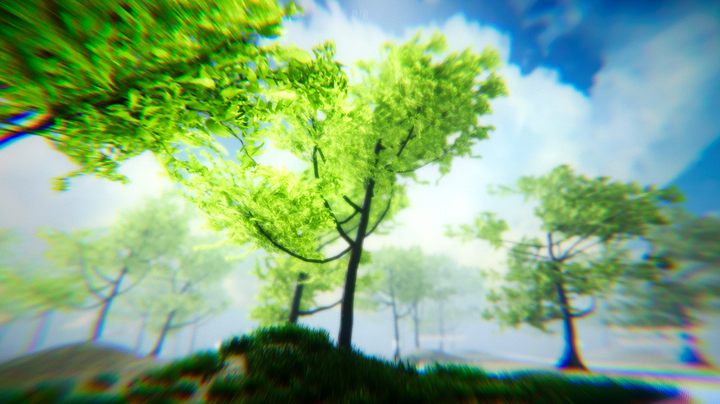 The game looks like a kind of digital dream, and not one of the pleasant ones.

Steam is flooded day and night with a stream of new games, among which you can find both light, simple and enjoyable items, as well as more ambitious titles that touch on difficult topics and break taboos. In a series of dreamlike images, the creator of When the Darkness Comes tries to make us reflect on life and at the same time show us how a person affected by depression feels.

The creator warns that his game is not for everyone. Issues such as manipulation, verbal aggression, anxiety, and suicide are addressed here. The author emphasizes that in preparing his work, he drew from his own difficult experiences, and the very positive reception of this item on Steam seems to confirm that he managed to create something original and relevant. As long as you don't approach the game as an ordinary adventure, you can expect a really interesting experience.