Another thing I fondly remember about Lineage 2 were the attacks on castles, referred to as siege by professionals. Clans could contest territory in a town or a castle. Having a Guild Hall was great, but a fortress of its own? That was really something! The problem was that first, you had to recapture a fortification, taking it out of the hands of other players and clans, and then by able to not let any one take it.

Taking part in these kinds of clashes was extremely emotional, and when I recall what used to take place on the clan's, mind you, Teamspeak channel, I still have a laugh at it. And I can still sometimes hear the ringing in my ears that all our excited cheers and jeers would eventually produce. That was the ultimate Lineage 2 adventure.

Unlike in modern MMORPGs, the raid boss was reborn in a specific place and at a specific time, but not in an instantiated space. This created a rather uncomfortable situation, where the proximity of that space was roamed by around forty people preparing to take the elite enemy down, while on the other side of the valley, a mob strike-force was ready to try and get off easily. What's cool about it is that clans were still able to keep raids fair by making peace treaties and sending spies, taking hold of the area so that the expedition could be safely completed. 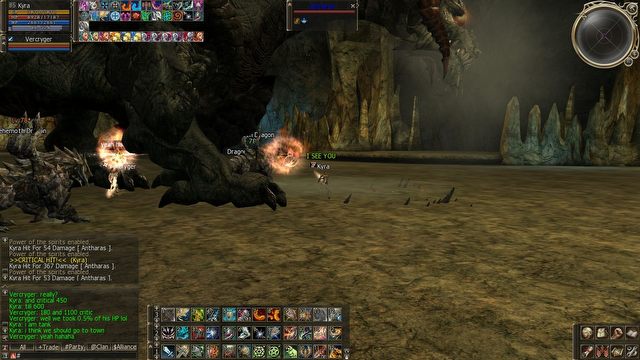