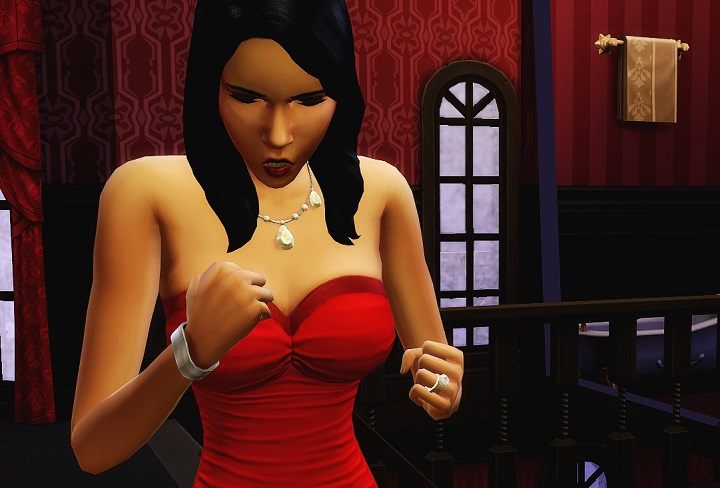 When the pills run out, the demons awaken.

Promiscuous sex and murdering others can eventually take a toll on mental health, especially in less antisocial individuals. In order to feel the consequences of living on the edge, it will be necessary to download a modification that adds the mechanics of mental disorders to the game. Mental Health does it best.

The creator of the mod has introduced 13 conditions, including two types of depression, ADHD, bipolar affective disorder and eating disorders. The ailment that will develop in a given sim depends, among others, on their personality and gender. After getting diagnosed, the best solution will be to go to psychotherapy. It's also possible that a pharmacological therapy will become necessary. Either way, visiting the shrink won't be cheap, which makes this modification even more realistic.

You can go to therapy not only solo, but also with the whole family or your partners. Joint sessions allow you to get to know each other's emotions better and strengthen bonds. Support groups are also available in the mod. Among them, there are groups for LGBT+ community; sims who have lost a friend or family member, and others with an alcoholism problems. Some skills, such as those related to parenting, can be developed during such meetings.

Note! Players report that Babies for Everyone doesn't work with newer versions of The Sims 4. Why didn't we replace it with an alternative? Because another mod that gives men the ability to get pregnant has already been listed in another mod ranking of ours. We are talking about the MC Command Center described here.

Another pregnancy mod is Ghosts Can Have Babies! The name says it all.