The anime series Cyberpunk: Edgerunners was a revelation. Not only did it prove to be a great animated series itself but its popularity has been one of the reasons for the recent renaissance of Cyberpunk 2077. The game boasts a large and active modding community so mods inspired by said anime series quickly sprung up. In this article we have collected the most notable of them.

Many of the authors of the following mods gave us permission to host mirrors. In other cases you will find links directly to their official websites.

Before we start discussing individual anime-inspired creations we first need to mention a few core tools that the majority of these mods to CP2077 require. The following mods often have nothing to do with gameplay changes; they're just tools that Cyberpunk 2077 needs to run other mods correctly so you should start by installing these if you're just beginning your adventure with modding the game from CDPR. f you're not a newbie however check this list out anyway – there have been a few new and noteworthy mods so it's worth staying up to date.

Wannabe Edgerunner or the charms of cyberpsychosis 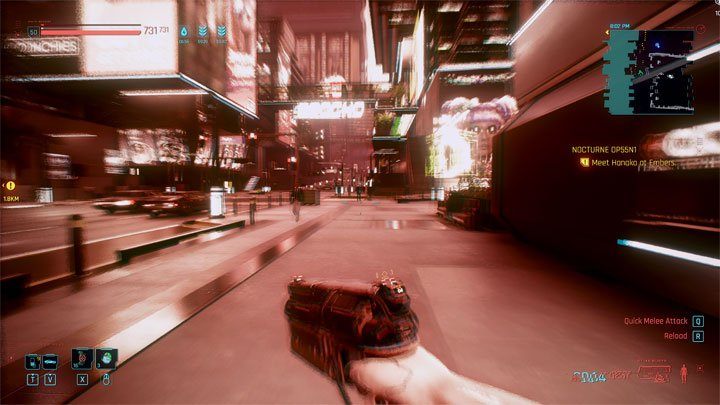 In the vanilla version of Cyberpunk 2077 the player cannot experience cyberpsychosis a mental illness caused by too many cybernetics in the body. However this condition plays a key role in CP: Edgerunners so an inspired fan set out to bridge this gap.

The result of his work is Wannabe Edgerunner – A simple Cyberpsychosis mod. The project introduces a new statistic to the game – humanity which can be degraded among others by installing implants using Berserk/Sandevistan and murdering others. The effects of the illness have multiple layers and the more severe they get the more problematic it becomes to function normally and avoid the police. At the same time symptom alleviation methods such as special inhalers have also been introduced.

Edgerunners Location Additions on the other hand remakes the locations in the game to be more like those from the anime. In many places the lighting and textures were changed and a slew of new objects was added in order to make the game as reminiscent of the show as possible.

From the same category we also recommend a smaller project called Edgerunners Posters which replaces many of the posters from vanilla game with those inspired by the anime.

Fans have also developed a mod that adds a new radio station to the game containing the music from the show. The project is exciting because the soundtrack from the series is indeed excellent. The mod has two variants – one containing calmer tracks and the other more intense songs.

You will need an additional mod called RadioExt to launch this one – that's the only way to add a new radio station to the game.

A separate category of mods are those recreating the characters from the show in the game. Each of the most important of these characters received several projects of this type introducing their appearance clothes or weapons to CP2077.

Rebecca also got a few projects of this type.

Finally the little EdgeRunnerLucy Loading Screens mod is worth mentioning. It remakes the loading screens to display pictures of Lucy from the anime.

Playing as the law, improved graphics, and driving trains – GTA 5 has received many good mods, and this article lists the best of them.

50 Shades of The Sims - A List of Naughty Mods