Shotguns in computer games have now passed into the meme category. The typical range of a shotgun blast usually covers a distance somewhere from the tip of your shoes to the end of your outstretched arms in front of you. Further, the shot turns into memetic confetti and does not cause any serious damage. In return, every hit in the kill zone guarantees an instant frag, no matter what part of the opponent we hit. You can be threatening, but you have to get close enough. This is often due not only to the balance of weapons in games, but also to the map design, as few titles offer exchanges of fire at truly long distances of several hundred meters.

In the real world, shotguns are indeed used at shorter distances than carbines. Their effective range, however, is incomparably greater than that which games try to trick us into believing. This issue turns out to be quite complicated, even challenging to illustrate on a chart - by the complex issue of shotgun ammunition, not even mentioning barrel length.

A shotgun round is a small cylinder filled with a charge - and it comes in many versions. Generally, it is divided into shot of different sizes up to single projectiles as in a rifle. The smaller the shot rounds, the more of them in the load, but also the shorter the range. This one increases with the size of the lead rounds, and reaches its highest values at slugs. 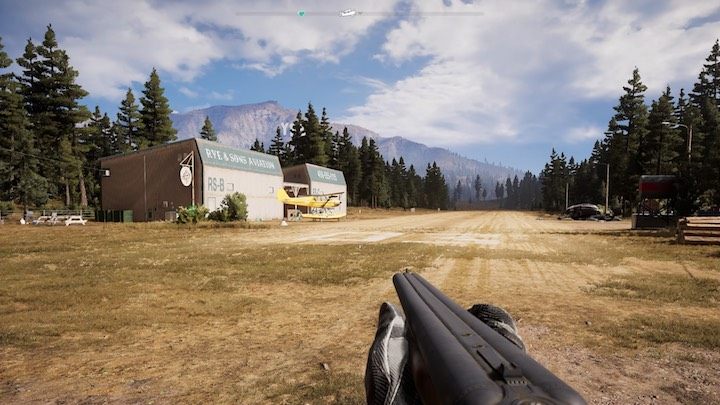 Far Cry 5 is one of those games that replicates shotgun myths.

Generally, the typical effective range for shotgun shells is about 50 meters, but such a load does not create a huge cloud and can maintain a good focus even at about 25-30 meters. Slugs assure precise hits at about 150 meters. It is also worth remembering that it is not about the maximum range, because in case of an accidental hit a shot can be deadly even from a few hundred meters. Considering that in many arcade games gunfire combat takes place at a distance of a few to several meters, the "nerfing" of shotgun range is not that surprising.

IT'S NOT A CHEATER

On that note, again Escape from Tarkov has to be commended for a pretty realistic representation of the power and range of shotguns. A lot of the credit for this goes to the extremely complex ammo table, as there really are quite a few bullet types to choose from, both shotgun and slug. The latter actually hit the target from over a hundred yards, which can be a little shocking after experiencing other titles. In this case, however, calling players cheaters makes no sense - they just knew how to use the right ammo and the true capabilities of the shotgun.

In any installment of Call of Duty or Battlefield, did we intentionally switch the M4A1 or AK into single fire mode? No... Games are all about a shorter or longer series, followed by an instant reload. We have become accustomed to weapons functioning in full auto mode as the default and the only effective mode of operation. All because it usually takes multiple hits to take out the enemy, and maintaining an accurate focus with continuous fire is not difficult. In addition, the weapons do not break down, do not jam, and only the largest CKMs with endless ammunition overheat.

The movies further add sequences of extremely long fire without changing clips, which should happen about every 3-4 seconds! In games, it's less important because we compulsively reload after each round anyway. What is important is the fact that in reality continuous fire is practically non-existent. 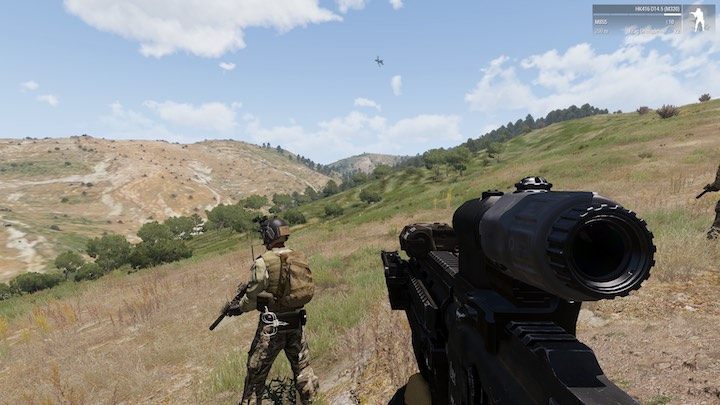 The long-range gunfights in Arma 3 encourage realistic use of single fire.

Chris Kyle, the famous American sniper and protagonist in Clint Eastwood's film, wrote in his biography that "continuous fire is used when you want to force the enemy to flee." Only single-fire mode is used for accurate shots, regardless of weapon type. Aside from the aforementioned joke scare in a standard carbine, auto mode has virtually no advantages. The accuracy of such shots is basically zero, because each bullet flies in the direction where the barrel was facing during the recoil, which is difficult to control. Ammunition from a 30-shot magazine runs out in just 3 seconds, and the barrel gets dangerously hot.

So let's recap - at full auto the soldier misses his target, runs out of ammo in no time, and increases the risk of weapon failure. No wonder, then, that after the Vietnam War the continuous-fire M-16 was changed to a 3-shot version. So it's a good thing that at least in games we can feel the fun of shooting continuous fire.

Pistol – the weapon of last resort

Finally, something from a different angle - rather than dispel a myth, we'll confirm it. It's about guns, which in games are either used as starter weapons until you find something better, or as last resort weapons. This first way is mainly for single player campaigns. The second is a fairly commonly repeated practice in online shooters. When a carbine runs out of ammunition in the middle of a fight, it is better, and above all faster, to switch to a pistol than to reload the main one. In reality, is a gun in a soldier's holster also a last resort and a tool for a rainy day? 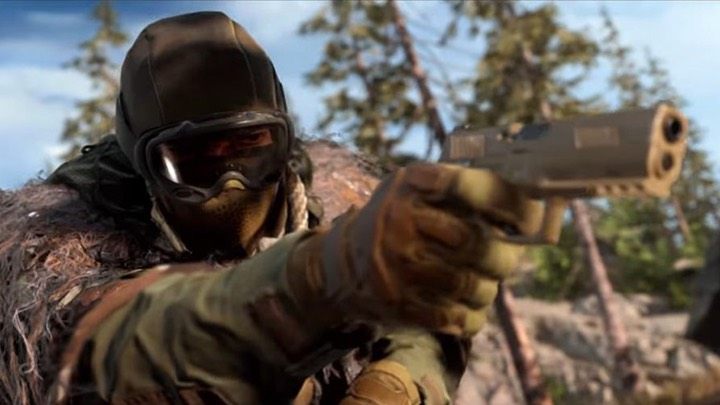 Even in arcade Warzone, reaching for a gun as a last resort is a pretty realistic play.

Here again we can rely on the opinion of Chris Kyle, who survived four turns in Iraq. In the book, he also describes his equipment, including the weapons he took on missions. He recalls replacing his assigned SIG-Sauer 226 pistol with a private Colt 1911 he received as a gift after his first shift. There were no sentimental issues involved, just differences in their caliber. According to him, the SIG-Sauer with its nine-millimeter rounds had too little knock-down power, which was only given by the .45 bullet of the other weapon.

He pointed out that one reaches for the gun when, to put it mildly, the situation becomes really dire and there is no other option left. That's when you want to make sure that the one and only shot you get will be 100 percent effective. Such a scene is also shown in the fact-based movie Blackhawk Down, when the sniper Randy Shughart, after emptying all the magazines of his M733 carbine, fires his Colt M1911A1 pistol.

So maybe it's not entirely due to the designers of a particular game that saving yourself with a quick weapon switch looks pretty realistic. This is simply what happens in reality.