"Die already! God, how many of them are still left? Who programmed this?" Probably many of us got vexed in front of the screen more than once, and not because of bugs or poor optimization, but because of deadly, sometimes downright "cheating" opponents. But there were also times when we encountered well-designed, inventive and scary enemies as well. It's not just about easily memorable bosses, but also about ordinary mobs of all sorts.

The 90s seemed especially abundant with challenging and sometimes pretty annoying fights. Games from that period are generally considered much more difficult than modern counterparts – and indeed, that's for several important reasons. The reason for that is because video games of the era derived straight from coin-op arcade games, which obviously had to be designed in a way that required multiple attempts. Odds were unfavorable for players, as things such as auto health regen weren't really considered, and rules of accessibility were almost non-existent. Games were made more for maniacs, rather than mass, casual audience.

Let's rewind time and check what enemies kept us on our toes before the era of soulslike monster, hunters from The Division, Skolas from Destiny or forest animals in Far Cry. Here's a subjective and obviously incomplete list of the most annoying enemies from games from the 90s. We encourage you to share your pixel "nightmares" from that period in the comments. 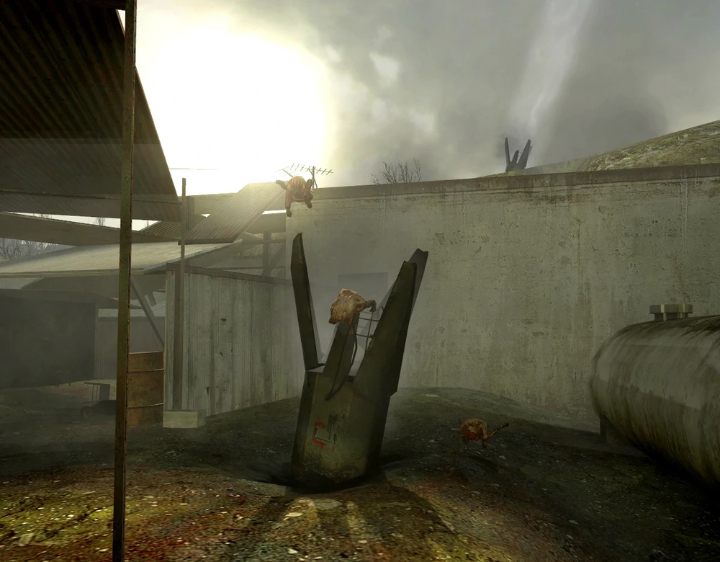 What were the headcrabs?

Headcrabs are one of the first creatures encountered in Half-Life, a game, where we played as the scientist Gordon Freeman. They were alien, parasitic life forms, specifically parasitoids, i.e. temporary parasites. Their pumpkin-sized bulbous bodies moved on four legs – upon detecting prey, preferably humans, these monsters would leap towards the prey and attached themselves to its face with their belly. They were clearly inspired by the facehugger from the movie Alien.

It then took a very short time for the unfortunate individual to turn into a zombie, as the headcrab took complete control of their brain and nervous system. Hands turned into claws of sorts, with unnaturally long fingers, the chest would burst open, and the crab controlled the whole organism from the head. To make it a bit more terrifying, the zombie retained a certain awareness, and the people could often be found screaming inside for help. Headcrabs have been studied in the Black Mesa lab, and some of the specimen were even tamed.

Why were they memorable?

We mostly had to fight these creatures in the second Half-Life, when various subspecies of them appeared, especially incredibly agile headcrab and the poison headcrab, both of which were able to completely drain the player's HP. For the less experienced players, even the standard veriety of the creature in the original game proved to be annoying and scary as they popped out from different nooks and crannies. Truly, the stuff of nightmares. They required wasting many valuable bullets, or a brave switching to the invaluable crowbar. The Half-Life fan community recognized the headcrab as the most iconic creature from this universe, and the creature continues to haunt players to this day in VR Half-Life: Alyx.