The everlasting war between conservative collectors of video game boxes and those who went digital gets a new dose of fuel every now and then. In a conflict that seems endless, as various arguments and data emerge sometimes one side, sometimes the other gains a degree of advantage, though ultimately neither can feel like a winner. In this argument, the desire to physically own boxes of games as a symbol of something lasting defies the notion of convenience and junk limiting for many people.

Why am I mentioning this? One of the most common arguments made by proponents of boxes is the durability of their collections. An argument pointing out that owners of digital versions of games are getting a mere license to use the product; they don't own it. And since everything flows, some games sometimes may get pulled out of digital stores. This problematic aspect of electronic entertainment gets a lot of publicity every few months. The last time was when Sony announced (and then backed out of) the shutdown of the PlayStation Store on the PS3 and PS Vita. 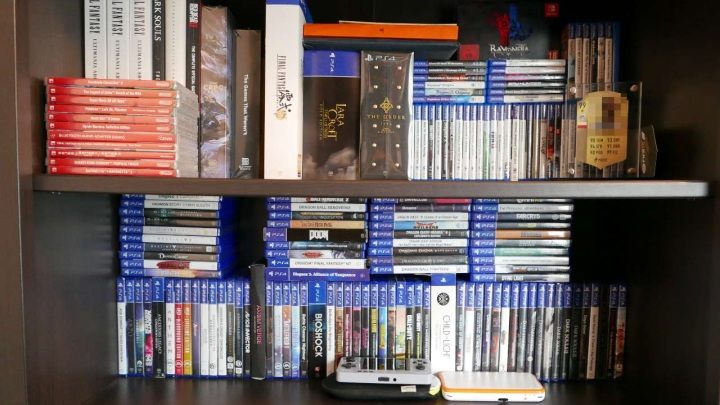 Are collectors in danger of their collections becoming junk? (Source: ugh, own).

However, the argument of permanence, as well as that of completeness, of DVD/Blue-Ray editions is slowly being forgotten. In both cases, they die of, shall we say, natural causes. Nowadays, release-day patches are oftentimes almost complete games that you have to download anyway, usually bringing desired, or even mandatory fixes and improvements. Of course, we can ignore this aspect and – unless the production requires a network connection – enjoy it even without patches. It's different when the media gets damaged.

Is the compact disc the least durable storage medium?

People usually bring up the problem of wear-and-tear of discs; it's really easy to scratch a CD or a DVD, which, paired with the propensity of lasers in drives to weaken overtime, resulted in problems with reading them. Owning your favorite game on a disc means you have to take really good care of it. Fortunately, with the debut of Blu-Ray technology, additional protective layers were added to the underside of the disc, minimizing one of the major problems for collectors. So, while games released in the era of PlayStation 3 and Xbox are generally quite safe, the specter of obsolescence is increasingly real for the older generations.

The degradation of media (most often CDs) has been widely discussed for at least a dozen years, although in fact, the problem dates back to late 1980s. This process usually occurs on lower quality discs, which may have manufacturing defects that do not interfere with normal use, but over time become significant. When media is stored in poor conditions, the layer on which the data is stored begins to go away, causing the data to shift relative to the original tracks at the same time. Aluminum, a thin layer of which was used in the creation of CDs, is to blame for that.

Chemical processes involving oxygen, sulphur and water ions (which is why discs stored in humid conditions most often deteriorate) cause discs to brown or form clearances visible against the light. UV radiation also has a negative effect on media, so leaving discs out in the sun is not the best idea (it generally isn't). The end result of the degradation is naturally the complete loss of data, so the only option to save it is to make backup using appropriate error-correcting software. 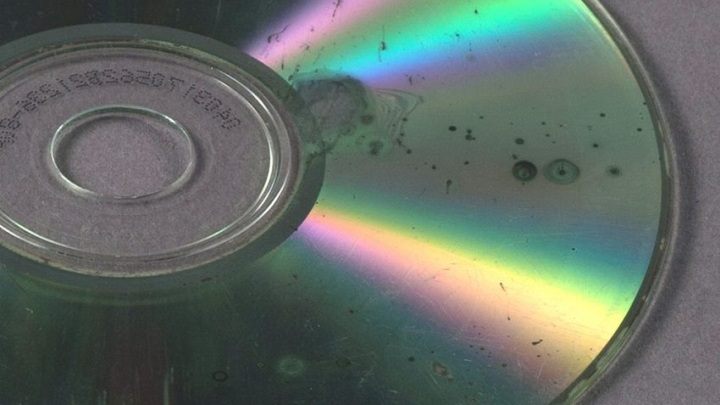 However, hasn't this problem been blown out of proportion? I'd say so, out of my own experience. I have never had an original media, regardless of its age or frequency of use, deteriorate to the point being unusable. And let me point out that I am not one of those collectors who keeps his boxes in mint condition for years. The only problems I encountered were related to scratches that inevitably appeared on my discs. I know that relying solely on anecdotal evidence seems unwise, especially since I have seen with my own eyes CDs affected by such conditions. Although it was one of the cheapest discs available, so.

Cartridges? It turns out that their durability is overestimated

For many years, the opinion about cartridges was unequivocal – they are more durable than CDs and offer much faster loading times. The downside? Small capacities and failing batteries that were designed to keep save files. The biggest problem was not directly related to the carrier. The problem were the bootlegs that flooded the market each time after the release of new Nintendo consoles. Probably everyone who has ever been buying second-hand games encountered a fake at least once.

Some time ago, it was also revealed that Nintendo itself tried to cut corners in terms of quality of cartridges. Over two years ago, Reddit started buzzing with people who said that the cartridges for the Nintendo 3DS game Persona Q: Shadow of the Labyrinth stopped working overnight. The media showed no signs of damage and was 100 percent original. 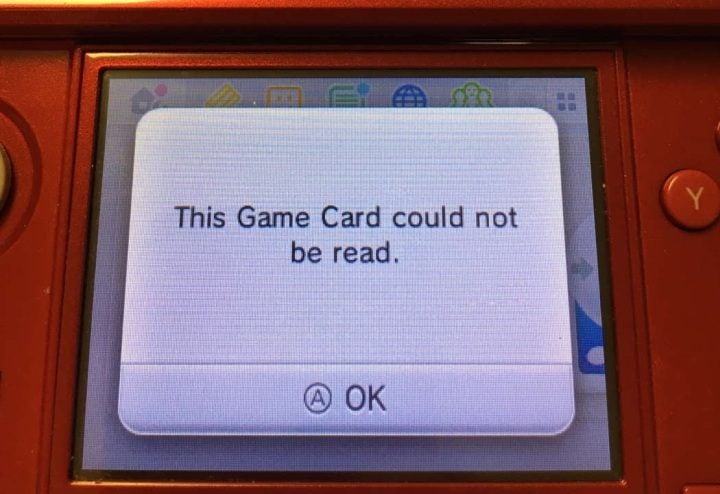 The message that greeted unlucky owners of the Persona Q game. (Source: reddit.com).

The author of the entry decided to contact the publisher of the game on the American market – Atlus – in order to clarify the matter. He was informed that the cartridge had become self-corrupted. As compensation, the user received a code to download the game from the digital store of the Nintendo 3DS console.

It seemed that people had managed to forget about the issue, but a few weeks ago, a disturbing thread appeared on Reseter forum . This time, it was about European copies of Pokemon Omega Ruby i Alpha Sapphire. Reports coming in from users in Germany and Spain indicated that the problem was much more serious than the one of Persona Q. A post from a French player who deals with preserving games and backing them up. He shared his experience and hinted at the likely reasons for the cartridges dying.

It turns out that with the release of the the 3DS, console decided to abandon the media based on MASKROM technology and switch to those using EPROM. The former could last up to 50 years. The lifespan of those used in the 3DS was estimated as 5 to 15 years. Zetsuboushitta shared his statistics of backeduped games. Roughly 8% of approximately 6,000 cartridges were defective. This led him to conclude that the region of release of a game or the series of cartridges on which a game was stored didn't matter. If something is going to break – it will.

A collection of games, or useless junk?

The situations I've described above may cause legitimate concern among those who collect boxed versions of games. After all, the biggest advantage of a huge collection is the accessibility. As long as we have the right hardware, we're able to run the game without worrying about whether the company responsible for it has gone bankrupt, singing along with the publishing rights. In digital distribution, games appear and disappear nonstop, as rights change hands. Sometimes, as in the case of No One Lives Forever, you don't know who ultimately owns a particular brand after many years, and without spending a fortune on the boxed version, you can't buy the game anymore. 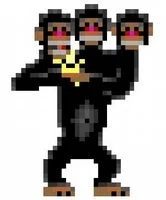 I have been collecting original games on physical media for years. Not only to keep them on the shelves collecting dust, but most of all to run them, when I feel like it, on dedicated devices. And while the latter require periodic inspection – checking the capacitors and replacing them if necessary, cleaning lasers or applying heat-conductive paste to the processors in newer consoles – the games themselves, for example those on CDs, provided they are properly stored and handled (do not touch the underside of the discs with your fingers, avoid sunlight exposure), have never caused me any problems. In other words, I haven't had a game fail to work thirty years after release. The one and only time any of my records degraded involved an audio CD. Which only confirmed the exception to the rule that such things can happen, but in rather peculiar cases.

Will our games turn into a pile of junk? There's certainly a risk. That's why it's so important to archive them digitally, something the publishers and licensors themselves don't help with by using fancy security measures and closing digital stores, as Nintendo did with the Wii, for example. Sony recently wanted to pull off the same move, but fortunately, a fan backlash stopped the decision for now. 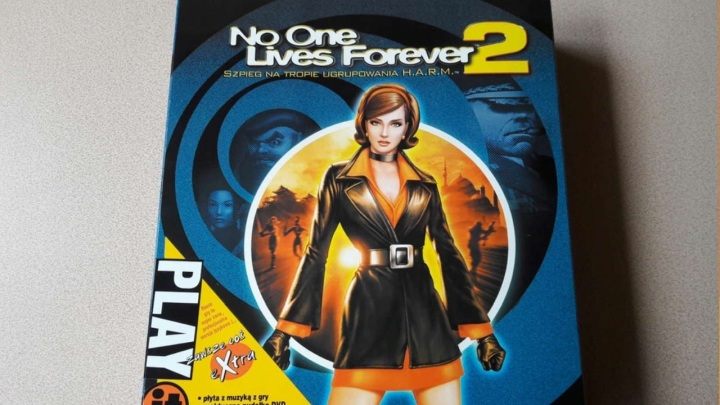 Kate Archer will forever be a prisoner of lost property rights.

Despite the increasing reports of media getting damaged, I don't think we're going to hear about massively deteriorating discs and cartridges anytime soon. Collectors take great care of their libraries, making sure that stored games are not exposed to harmful elements. However, it's worth keeping in mind that such a situation can happen (especially with cartridges), lest you be unpleasantly surprised in a few, maybe a dozen years. Though I won't be surprised if some players have already disposed of their collections by then.