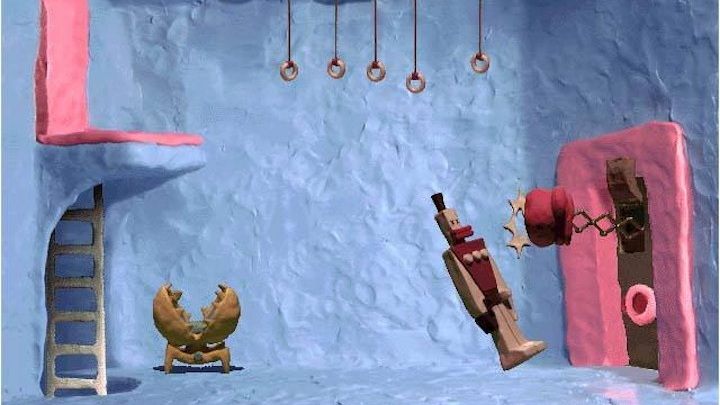 1996 was a good year. Nay! Sensational. Quake, Tomb Rider, Resident Evil, Duke Nukem 3D, Crash Bandicoot, C&C: Red Alert, Civilization 2... How do you stand out in the market with such competition? A remarkable artwork, of course, and with the blessing of Steven Spielberg himself, who needed something truly original for his new company DreamWorks Interactive. The famous director gave the green light to Klaymen's plasticine world and so The Neverhood  a traditional point & click adventure with non-traditional visuals - was created.

The creation of such a "clay" setting reportedly consumed three tons of plasticine, and Time-Lapse Images for animation were recorded as the first digital SLR camera intended for the commercial market. Such game was unique at the time. It was characterized by tones of humour and was bound to delight not only with the graphics but also with the soundtrack, dubbed by the soundtrack writer for the Rainbow Six series, Bill Brown, as the best in the history of the industry. Developers tried to repeat theNeverhood's success in 1998 with a platformer called Skullmonkeys and a spiritual successor titled Armikrog, but it proved to be a flop.