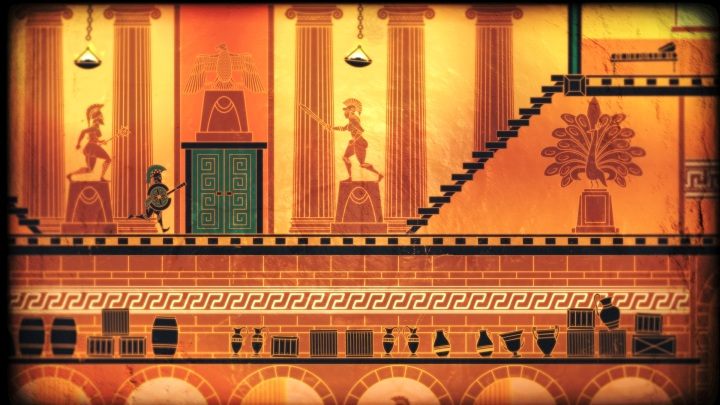 Apotheon is in some ways based on a concept similar to Inkulinati, although the genre and gameplay formula are very different here. When designing the game setting, the creators from the Alientrap studio also reached for the historical style and the old graphics. In Apotheon we will see animated vase and vessel drawings from the time of ancient Greece. Given that players assume the role of a hero fighting against the gods in the name of humanity on their way to Olympus, all this creates an extremely coherent and climatic whole.

The ancient two-dimensional visuals proved to be a great material for a 2D platformer with elements characteristic of the Metroid and Castlevania series. We explore the world of the Greek gods in the way the inhabitants of the time imagined it  doesn't it make sense? You could even risk saying that there is more ancient Greece in the little Apotheon than in the entire Assassin's Creed Odyssey.