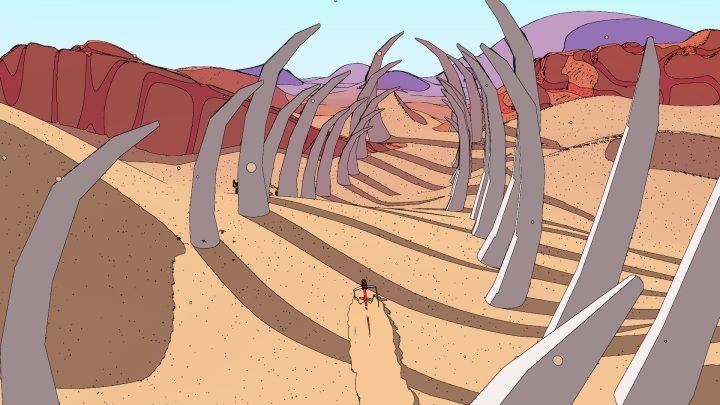 For the titular Sable, wandering alone through a mysterious desert world is a particular test of maturity, or entering the stage of adulthood. This is not surprising, given that she lives on another planet, where it is best to move around using a hovering scooter. Sable offers plenty of open world exploration, lots of environmental puzzles, and interactions with nomads encountered along the way.

With its visuals, this game seemingly resembles a traditional cartoon, but there are a few details that make it more unique. At first glance it's just a very frugal colour palette and light cel-shading that add something to this game's vibe. After exploring the subject a bit further it turns out that the creators were heavily inspired by the works, especially the comics, of the French cartoonist Jean Giraud, better known as Moebius. He is considered one of the most influential artists. His designs were used in films such as The Fifth Element, Willow, Tron, Alien and The Abyss. In comics, he was known for his frequent change of styles, and in science fiction he usually stuck to somewhat strange, surreal creations.