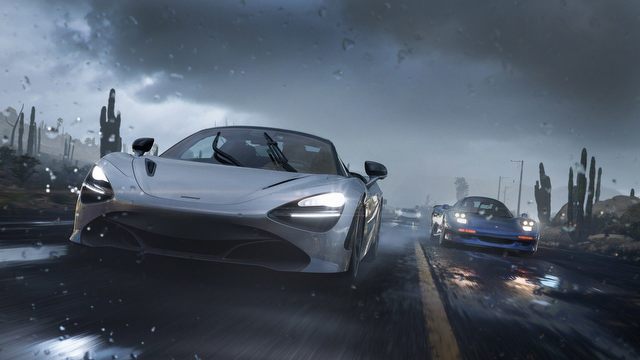 Hail to the king, baby! Forza Horizon 4 has been with us for a while, so it's about time to enter a new Horizon festival, this time entering the roads, and off roads, of Mexico – with the signature roar of a V6 Boxer engine. An even bigger open world awaits players, along with over 500 cars to collect in the virtual garage. In terms of gamepaly, the game remained unchanged. The freedom to choose the type of races and your favorite cars is still at the heart of it all. There is a lot to choose from: from supercars, through SUVs, to classic oldtimers and even a racing van and truck.

Mexico, in turn, brings a charming diversity of landscapes, especially because thanks to photogrammetry it look simply amazing. The creators also made sure that the career mode took us to all the most important and beautiful locations in this country, and they did it through the expeditions that emphasize exploration a little more than racing. You can ride solo or with an online team, creating convoys. And for dessert, there's a powerful racing editor, where you can create your own tracks and arenas full of various attractions.

Not much has changed here. The Forza Horizon series simply has no competition in the racing genre, and this is the best and largest installment of this series so far. Accessible for beginners, satisfying for veterans, relaxing and at the same time challenging, not to mention the prospect of spending hundreds of hours playing it. In terms of graphics, it is one of the most beautiful games out there, not only among racers, but virtually all games. The visuals go hand in hand with great music, engine sounds and optimization. If there's anything wrong with Forza Horizon 5, it would possibly be too few changes and novelties compared to previous installments of the series.

Regardless of the launch of Forza Horizon 5 , Forza Horizon 4 is still available on Xbox Game Pass as well, which is still a great choice if you haven't had a chance to play it yet. Several years of updates mean there's much more cars than in the newest installment. And after the Mexican tropics, the winter season and snow-covered landscapes of Great Britain can be a nice diversion, even for a moment.