Strategy games are long past their glory days. Fortunately, this doesn't mean that you won't find plenty of titles on the gaming market that fall into this broad genre. Although 2021 is almost over, it managed to prove that the industry still has room for both old-school RTS games and unique projects that offer a refreshing take on the genre.

It doesn't matter whether you're looking for a competitive online game, a singleplayer experience or to simply relax after a hard day's work. In the list below, every strategy fan should find at least one title that will perfectly suit their tastes. We've included games from a variety of different countries to ensure a diverse range of experiences.

HOW THIS LIST WAS PREPARED It was compiled based on a vote by the editors of GRYOnline.pl. It's worth noting that the 2021 games list includes both full releases and early access titles. 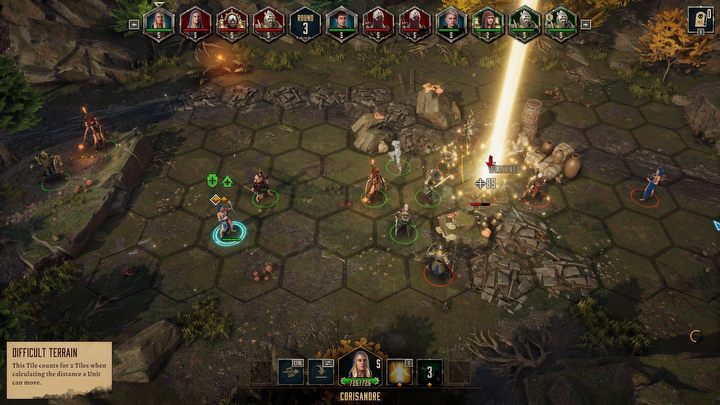 The first game on this list is a surprising return of a series whose previous full release dates back to 2009. Over the last 12 years, the electronic entertainment market has seen many changes. Disciples: Liberation has adapted to these changes, which divided fans of the series. Many of them claim that this isn't the same game they spent long hours playing all those years ago.

Of course, they are right for the most part. Liberation has deviated even more than its predecessor from the mechanics present in the cult classic second game in the series. However, if you aren't such a die-hard Disciples fan, this title may prove to be an interesting diversion during long, winter evenings.

The game's extensive campaign allows you to immerse yourself in a dark fantasy setting for dozens of hours. In terms of gameplay, it's an effective combination of an open world RPG game with multiple choices and a strategy game in the style of Heroes of Might and Magic. It's quite possible that this title is geared towards fans of said series. Considering how important this brand is to Ubisoft, Disciples: Liberation may be the best "Heroes-esque" game we can hope to get.