Was the success of Legend of Grimrock and Might & Magic X an inspiration to create The Bards Tale IV? Or was it an earlier idea?

I wanted to do this no matter what.

And by saying that The Bards Tale IV will be a bigger production, do you mean its scale or something else?

In terms of difficulty, will it be mostly for hardcore gamers  like those who enjoyed Legend of Grimrock  or a wider spectrum of players?

In one of your earlier interviews you said that The Bards Tale IV will have a turn-based combat system but fights are going to be more dynamic than in classic dungeon-crawlers. Could you elaborate on that and tell us how the combat will look like?

The original The Bards Tale was a classic turn-based game  you perform actions with your entire party and then its your foes turn. So it was: attack, attack, use item, defend, and then watch what happens. I dont think these days this makes sense anymore; its a little too dull. Hearthstone is a good example of what were thinking about. You will have an opportunity to react on what is going on during your turn. Thats a big difference to me. Lets say that your first character cast a spell which bounced back and dealt him/her some damage and you were planning to attack the enemy with your second character but when you saw what just happened you changed your mind: No, I have to heal the caster. You couldnt do that with the old mechanics. 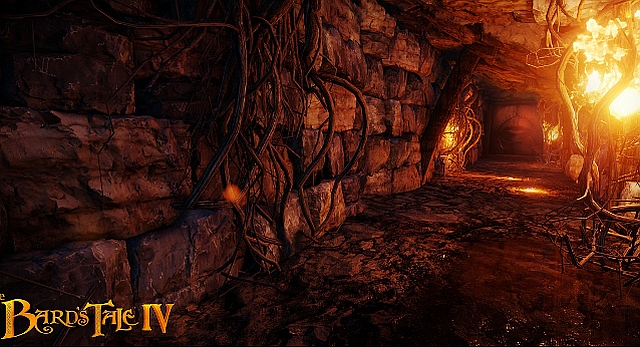 So far its the only image available from The Bards Tale IV. Well be shown more on June 2.

Hmm.. Maybe the folklore that we draw on... But those productions are totally different. This one will be more serious. Im not saying there will be no humor, as we cant help ourselves sometimes, but its definitely not going to be a comedy.

Is there any chance that you will ever revisit the concept of the comedy isometric hacknslash?

There is a group of people who love the comedy version and would like to see the sequel to it... so its a good question. I dont know, maybe it will happen. Its funny because we came out with the comedy version and people who thought they were going to get another version of The Bards Tale were a little surprised. But there is a bunch of people who loved it. We put it on iOS and Android and it had almost perfect ratings. So... I dont know. Who knows, maybe someday.

And what about Wasteland 3? Any chance for that?

Oh, someday we will get to it. Right now I have my writers working on things, we have different ideas we like... We are working around the tapestry until it starts to feel right...

But were not going to wait another 25 years for it?

We can beat that, we can do better than that [laughing].