The upcoming Call of Duty: Black Ops - Cold War is special for at least two reasons: the title is no less than seven words long, and it was announced later than most installments in the series. Fortunately, everythings set for the fall release of the game, and the games entering a period of intense beta testing. The past alpha tests, however, showed that Black Ops wont feature some of the most interesting solutions we saw in last years revolutionary Modern Warfare.

We took the opportunity and asked the developers at Treyarch about how different this game will be from the previous entry in the series, and what unique elements it will offer, especially in the next-gen version. Our questions were addressed by Anthony Flame, the studios Lead Designer. 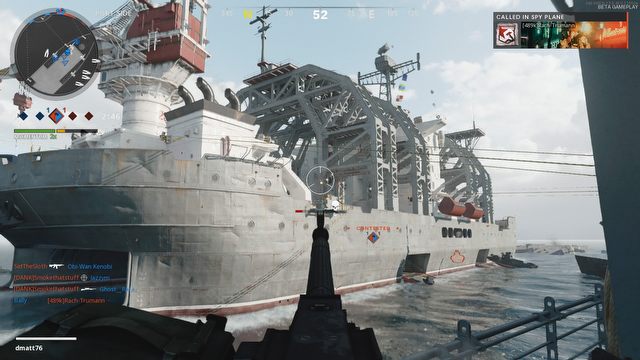 Darius Matusiak, Gamepressure: Last year Modern Warfare introduced some really cool features, mostly with the new engine, but when you play Black Ops, they seem to be missing. You cant rest the gun against window frames, lean etc. Is it because Black Ops runs on a different engine, or have you removed some features on purpose?

Anthony Flame: Its a little bit of both. Weve got our own engine, but we also make conscious decisions about the design choices we want to make for this game. While being very aware of what Modern Warfare did, we have a couple of goals here. In Black Ops games we always have very fast and fluid combat with a balance between aggression and defense. Then with Modern Warfare weve got a lot of awesome features. We want people to feel comfortable coming to and from Warzone to the Black Ops: Cold War, we want it to feel natural, like a fluid transition. We have to make tough decisions about any features that are going to be supported across the board or not. When it comes to mounting, that was a tough decision. On one hand mounting is a very defensive feature. It was something we worked quite comfortable boosting up the defensiveness of the game too much. We felt like for the type of the game we were making, with our types of maps, it could restrict the flow of combat and promote too much defensiveness and slow things down.

That was one concern. The second concern was that if we were to do mounting, we would want to be at the same level of polish like all the other features. We would want it to feel very good, we would need to take it to the next level to bring it to our game and fit with all the features we have. Thats something that we are going to continue to take a look at. We didnt go with it at least for launch. What you can look at in Cold War is an experience of the Black Ops signature fast paced combat and of course a bridge to Warzone. Players will be playing Warzone or Cold War and going back and forth. Throughout the year we will be looking for any features that are high value, that we might be looking to bring post-launch. We will see what will be the community responses. 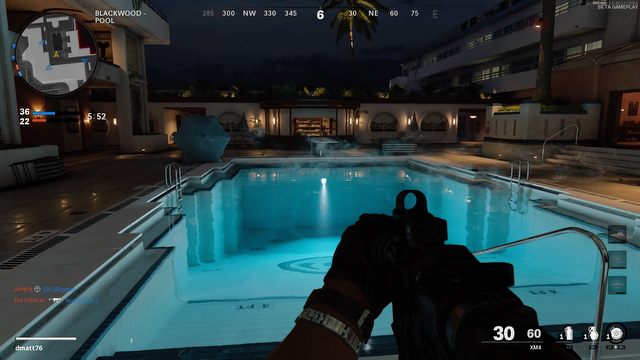 So, how will Warzone change after Black Ops launch? Will it still feel like Modern Warfare, or maybe more like... Black Ops?

I can only speak about multiplayer right now but I can speak about some of the bridges between Warzone and Cold War. Whether any mechanics will change is yet to be revealed for Warzone. So, I cant make any definitive statement right now. You will hear more about that soon what the Black Ops season is going to be for Warzone.

Pressure after success of Modern Warfare

Did you feel any pressure while working on Black Ops after the huge success of Modern Warfare?

We are really happy to see that the fans and the world responded really well to Modern Warfares original vision: classic style, boots on the ground, authentic combat. That was already in line with where we were going. It was great to see how good everybody responded to that. It incentivized us with the success of Warzone to build bridges between the games more than ever. The gunplay, the movement, the feel  even know were different games, we make it really easy for players to transition between the games, so they can understand everything. Theres a common language, common feel, so when the players are coming from Warzone and they want to hop in to some multiplayer in Cold War, get some cross-progression going as we support progression  both: player and weapon progression and support it between Warzone and Cold War.

We know that players are going to be jumping back and forth between the two games, so we wanted to feel comfortable in both. A lot of features have been bridged so that players have an easy understanding whichever game they are starting in and going to the other one. It feels familiar and natural for them.