Can you say something about the Zombie Mode? Any new features we can expect?

We dont talk about Zombies right now. Cross-progression is something I can talk about. Whenever youre leveling your player or your guns in MP, you going to be getting that in Zombies and vice versa. Players can really feel comfortable whatever they want to play, MP, Zombies or even Warzone and gaining progression towards player, guns and battle pass.

What about future plans for content and supporting the game post-launch?

Weve already announced blueprints. Its a version of a weapon that has a totally unique visual look. Its a combination of a weapon that is already in the game plus fixed number of attachments and they are built together to get a totally unique look. You get to unlock attachments for that weapon. If any of those attachments are further down in your progression and you havent leveled up them yet, you just get them for that weapon. Blueprints are going to be something that you can unlock just by participating in beta and get to level ten and of course that will be something in the battle pass. Post launch weve got maps, weve got modes and those will come for free in the multiplayer. Of course, there will be a battle pass with things like weapons, character customization, blueprints and many more and that will be coming out in the season format. 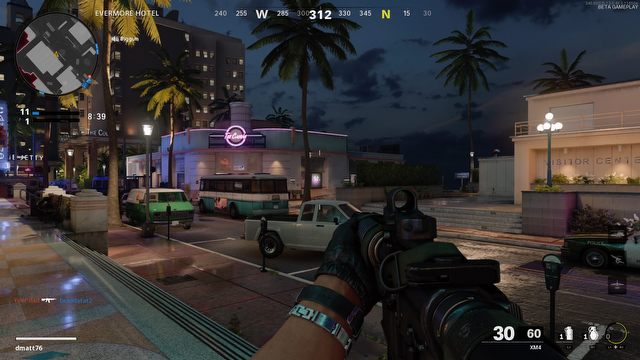 What innovation in Black Ops: Cold War are you personally the proudest of?

There is a lot to be proud of. I think that something that is really unique to us that we focused on was our Gunsmith. We have 54 attachments on every primary weapon. It is a consistent system that functions across the board. So, each of the 8 attachments points has at least 6 choices in each slot. Each of those 6 attachments are going to tell you not only exactly what they change and how much they change, but now in the beta you will be able to go to something we call the detailed view. If you press R2 on your controller when you look at attachments, it is going to bring up the schematic that shows something we have never come close to before. Its going to show every weapon balance variable on the gun. These are values that are imported straight from the engine. So, you will be able to see its damage, range, fire rate, recoil horizontal and vertical, turn rate, the movement speed, every single attribute that is important and key in balancing, anything that we might tune on a weapon before or after launch  youre going to be able to see it.

When you stuck any amount of attachments on a weapon, you will see a cumulative effect of all those values. What that means is that you can really understand the pure numbers level, what your weapon is doing and compare each weapon to each other. Which build works best for you, which values are important to you, which values youre willing to trade off. We are really excited about what that means in opening up the curtain for players to understand our gunplay better than ever and customize the weapon that is best for them.

Great! Thank you very much for the interview! Cant wait for the game to launch.