What's the single-player about in CoD: Modern Warfare?

During the first mission presented in the Polish branch of Infinity Ward (ran on PS4 Pro) I saw a terrorist attack on London. I won't waste time convincing you the entire scene was very suggestive  the graphics and the atmosphere are worthy of a blockbuster spy-action movie.

When, as a special unit of the British armed forces, we infiltrate the building in which the terrorists took refuge, the associations with operation Neptune Spear (the killing of Osama bin Laden) are obvious. The way trained soldiers move in the game is breathtaking. You don't YOLO-enter a building, shooting from the hip like Rambo or Terminator. Here, again, you can really see the influence of the interviews with real spec-ops (the mission I saw in Krakow was consulted with the British SAS). The team moves cautiously, slowly even, but at the same it keeps the momentum of an aggressive raid. You can feel you're not the main firepower of the squad, but rather part of a group of ops that cover their backs. 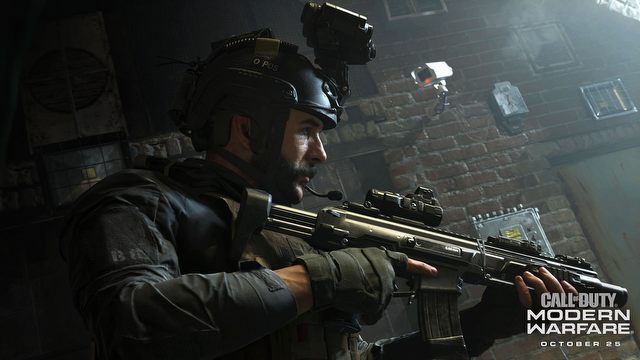 This mission is also evocative of the current state of the world. The operators pull no punches, head-shooting even those terrorists, who are not willing to take the fight. We can only imagine why. Although their comms are calm, the capital of their country's just seen a massive attack.

Operators have NV goggles on  combined with the spectral rendering, this creates a peculiar atmosphere of horror. The destruction is also done right: we can shoot through walls and make a small hole in the doors to throw a grenade inside. The attention to detail (such as altering the position of the rifle after engaging NV) is apparent not only in the way the unit clears subsequent floors with cold professionalism. Surely, you will notice the "reflective" square patches (the so called IR flags) on the shoulders of other operators from the team. These kinds of patches are only visible through NVGs  because they reflect infrared light invisible to humans and most animals. This is a good way of making sure the person you're shooting at isn't your mate.

IR (infrared) flags are used around the world, both among soldiers and special units. It's a form of identification  the patch usually is the national flag of the given unit  designed to protect the soldiers from friendly fire. The colors (seen with a naked eye) are, however, dark  as in grey scale  which is obviously good for camouflage (on the presented screen, the IR patch is the dark square on the shoulder). Only when we point an infrared beam at it and look through the night vision, we will notice that the patch glows as if the soldier had a flashlight sewn into the uniform. Interestingly, distribution of IR flags is strictly controlled by the US and other countries (commercially available airsoft replicas don't reflect IR), since during the initial stages of the conflict with the al-Qaeda, many of those were stolen by the Taliban and used to confuse American soldiers.

Krakow is a Polish city famous its royal heritage and... the unbearable air pollution. Maybe this is the reason why the volumetric lighting in the game looks so gorgeous. All the lights in Call of Duty: Modern Warfare are volumetric. These are not static godrays, but variables, dynamically adapting to the source that actually emits the light. 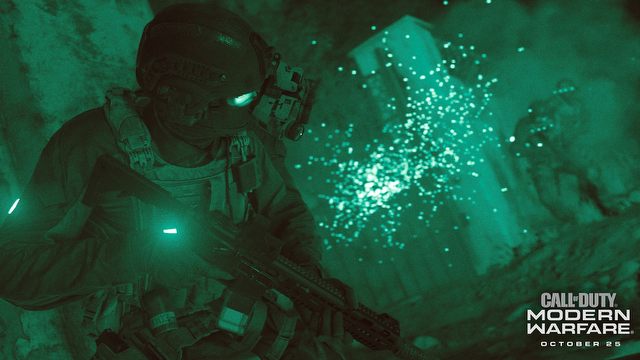 This was even more apparent in the second mission presented to me  it took place in Afghanistan. Here, Michal Drobot boasted another feature of the new engine  smoke, fog and vapors can consist of different particles. Whether it's dust, sand, or water vapor  the way the light interacts with these will be different.

The second mission begins with the search for survivors in some ruins. We assume that it's a result of a bomb or shell exploding. You may have heard about it  the new Call of Duty won't be as brutal as it will be simply suggestive. In this mission, when Russian soldiers start regular massacres in the streets of an Afghan village, we initially play a father trying to save his children. Sometime later, we crept through the ventilation shafts and hid underneath the beds and tables  playing as a child. As a little girl, we had to... stab a Russian soldier. The scene is quite horrifying and will probably unsettle even those accustomed to intense action cinema. Finally, along with our brother, we brutally kill a soldier and attempt to flee the village.

And this is when the volumetric lighting is most impressive  the sunlight penetrates not only the Afghan dust, but also the fumes produced by military equipment. Heavy clouds of deadly substances roll in the wind. This is not some statistical crap  it's a fully dynamic effect, sensitive to changes. 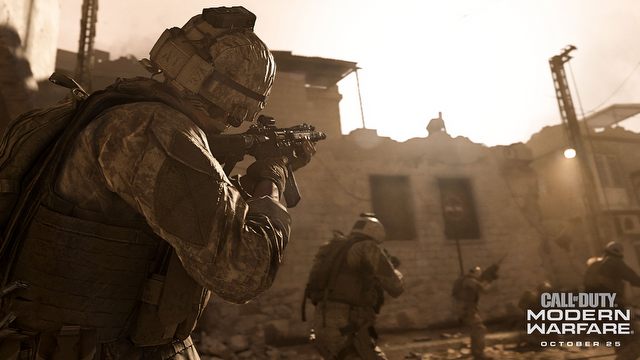 Depending on the chosen platform, we could of course enjoy HDR and ray-tracing in 4K, along with all the other blessings provided by cutting-edge GPUs. But abstracting from all this tech-talk  from the portion of the game presented in Krakow, emerges a completely new quality of Call of Duty. I don't know about you, but I definitely thought this overly surreal (and in some aspects archaic) series needed a little overhaul. Everything seems to indicate that Infinity Ward will deliver something weve been waiting for since long ago. It's a "soft reboot" as the creators say, but it might as well mean a totally new quality. We very much hope that the astonishing vision presented to us will not disappear amidst the muddle of production compromises; won't be cut or tempered.

In Krakow, I also had the pleasure of playing the gunfight mode  a fast multiplayer for four people, but I'll write more about it in a separate article. To conclude, I'd just like to emphasize one thing: Call of Duty: Modern Warfare in both single and multi-player modes is still the same game and a familiar engine, although totally revamped by some incredibly talented people. Certainly more up-to-date than anything we've seen in this cycle since a long, long time.

There's just one thing left, possibly the most common complaint against the creators of CoD. I asked Michal to address this difficult question: "How new is the new engine in Call of Duty: Modern Warfare?

No engine is suspended in a void with no foundation what so ever. You always need a solid foundation. As an engineer, I can tell you this: Yes, this is a new engine, because every element of it has been touched by us and thoroughly reworked. And it's not just a simple makeover  the entire architecture was altered. It's actually difficult for me to show you one thing that wasn't modified in some way or other. We have new renderer, an entirely new streaming. True, Infinite Warfare had some systems that we haven't touched. Thats not the case here. Youve seen the game running on PS4. Im certain it will have the legs to withstand the reality check.

Michal Drobot is one of the most sought-after Polish developers. His alma mater includes two of the most famous Krakow universities: the Jagiellonian University and the AGH University of Science and Technology. In 2008, he was hired by Reality Pump. In 2010, he started working for Dutch Guerrilla Games, where he worked on Killzone 4. In 2014, he emigrated to Canada to join Ubisoft Montréal, where he was one of the creators of the engine for Far Cry 4. Since 2015, he worked at Infinity Ward in Los Angeles, focusing primarily on the engines powering the Call of Duty series. In 2017, he returned to the country  today, he is the Principle Rendering Engineer and the boss of Infinity Ward Poland.