When I arrived at the Infinity Ward division located somewhere in Poland, I was anxious to see inside. There's so much going on in the world of video games now. Modern technology, huge budgets, brands, AAAs and most importantly: extremely capable, young minds. Once completely obscure and virtually non-existent, today a growing powerhouse  the Polish gamedev is an industry that captivates players and wins the trust of investors. We all know about CD Projekt RED (The Witcher) and Techland (Dying Light); we fondly remember 11-bit studios (This War of Mine, Frostpunk), and The Astronauts (The Vanishing of Ethan Carter). There's also a strong indie scene here. But few people are aware that Poland also houses a local division of one of the biggest studios in the game, and that its largely responsible for developing the new engine for Call of Duty: Modern Warfare.

We were invited to the Krakow office, so we could learn about the technologies that will power the reboot of the cult series. Well try to explain and decipher such mysterious concepts as photogrammetry and spectral rendering. In short: we will tell you why the new CoD is worth waiting for. At the same time, you will learn how a small branch of such a large company operates, and get acquainted with one of the most capable developers in the world.

From this article, you will learn: 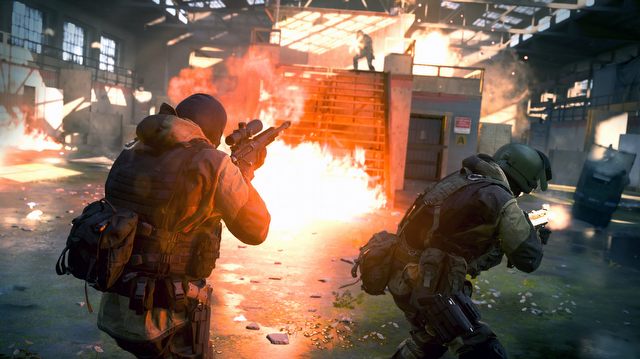 is surprisingly ordinary. Anyone living in a European city, with an old town built from brick and stone, will instantly feel at home. Wooden stairs, high interiors, narrow staircases, balconies and balustrades. Believe it or not, some of the stairs led straight to the ceiling, as if someone had walled up a floor full of secrets, devkits for the future-generation of consoles, and advanced technology.

The office consists of just five rooms, three of which are occupied by employees. The remaining two are a kitchen and a conference room. Then, there's the restroom and a balcony overlooking the café. The head of the Krakow branch, Michal Drobot, said they wanted to achieve such a simple, homey feel. No open-space, just a few quiet rooms and a place to kick the feet up with a beer downstairs. And I guess it does the job, because even though the studio has a rather unassuming appeal, it seems like a nice environment to work in.

The Krakow branch hardly houses more than 11 people at times, which creates a nice and cozy atmosphere. There are no team leaders or regular, boring meetings. Employees often fly for business from Poland to the US, where the head office of Infinity Ward is located.

If you went to buy a video game in Poland in the 90s, you would find mostly Western titles (as in most post-Communist countries). At the time when Quake, Unreal and Unreal Tournament were all the rage in the biggest markets of the Western world, the technological masterpiece that left every Polish gamer in awe was Mortyr  a forgotten clone of Wolfenstein.

Since then, the country has seen a world of change, and Polish gamedev is now considered ace. An important milestone was, of course, The Witcher 3, which largely redefined the entire game dev. It hardly comes as a surprise, then, that Infinity Ward decided to set their new studio up in Poland, and entrusted the team with developing a new engine for the upcoming Call of Duty.

We have a lot of talented people in Poland and the West really sees that. Polish economy is in full bloom, and I think many cool things can be still happen.

Listen to the man, because he knows what he's saying. He's spent almost 10 years developing games around the world. Today, he heads the Infinity Ward division in Krakow and manages a team of 70 people scattered around the world.

Surely, you have already heard a lot about many of the technologies utilized in the new Call of Duty. The engine, which was in development for 5 years, brings a completely new quality in the already venerable series. How is that achieved? What's so interesting about it? If you are skeptical about the subject, we're not surprised  after all, revolutionary graphics is one of the most common promises made by most developers. What's it about, then? 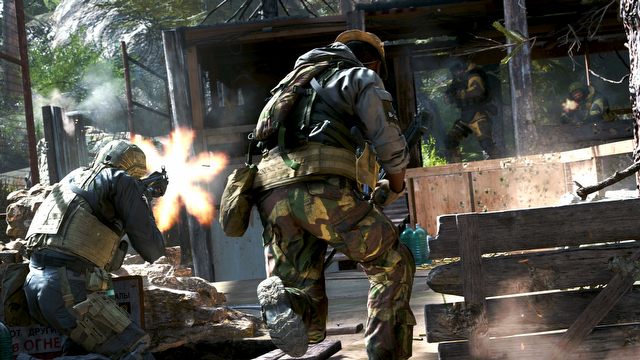 Photogrammetry (a technology that relatively recently became a standard in the gaming industry) turns out a great tool for creating highly realistic environments. You may remember the mildly successful Get Even and the fantastic Vanishing of Ethan Carter  both these games used it. Photogrammetry was also used in Star Wars: Battlefront or in The Talos Principle. The upcoming Call of Duty: Modern Warfare will also take advantage of it. All models in the game  from weapons and uniforms, to buildings and rubbles  were created using this technique. The developers wanted to recreate micro and macro details of each object  from the shape and depth, to minute details such as scratches on the surface, tears, etc.

You take an object, like a car door, and you photograph it from every possible angle hundreds, or even thousands of times. Using special software, you then fold the pictures into a model, extracting not only the shape, but also the texture. This is step one. But just imagine the sheer amount of data. I'm talking about terabytes-worth of data for just a single object.

The problems introduced by such immense volume of data can be solved, for example, by reducing the quality of the image (and thus of the games textures), but in this case, the developers didnt want such a compromise. Instead, a system was created that is easiest conceptualized with layers: The macro elements of a model obtained using photogrammetry are perceived from a regular perspective. So, a sofa is a sofa  it moves and talks like a sofa, perhaps has some holes, bumps or large scuffs. However, when the camera closes in, the game brings out the micro stuff on-the-fly, based on close-up pictures of the object  the proper texture of the material appears; we'll see scratches and cracks on the surface. Photogrammetry is also used to create landscapes  to obtain the required pictures, the devs used a small army of drones equipped with high-quality cameras.