Nothing lasts forever, as you may know  especially in the cold November rain. By extension, and I realize this can be a controversial assumption, everything has an end. While looking at the production process of Mount & Blade 2: Bannerlord, you could start questioning that exquisite piece of lyrics, though. The works on this title begun in 2012, and the game was shown to the press numerous times at different events, each time looking basically the same. 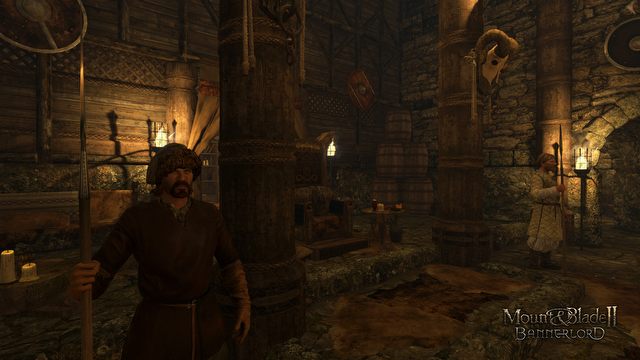 Mount & Blade 2: Bannerlord is expected to release in early access in March 2020.

And when it seemed that eons will separate the announcement and release of Turkish TaleWorlds Interactive's game, the developers decided to release it in 2020. And although it will just be an early access release, and the deadline of the final release is still a mystery, we're not going to look the gift horse in the mouth. On this occasion, we met at gamescom with Armagan Yavuz, the founder of TaleWorlds Interactive, to ask him about a few meaningful details concerning the upcoming Bannerlord, in the last months before the studio makes it available to general public.

Jakub Mirowski: It's been seven years since the official announcement of the game, so... why rush now?

Armagan Yavuz, founder of TaleWorlds Interactive: (Laugh) It was an interesting journey that took a little longer than we thought... In a way, it's a project of our dreams, created out of passion. We wanted it to work perfectly in many different aspects. Remember that we are not a particularly experienced team, so we had to redesign several main functionalities to meet our own standards. It took a little longer than we anticipated, but can see the end now.

Do you get many e-mails from impatient fans?

What is the hardest thing about creating a continuation of the game, that's become a cult-classic for some players?

It's harder than it might seem. When you create a continuation, you want to improve. It would be easy to settle for improving some of the key elements  revamping the graphics, making animations smoother  and then push the game to release. But we wanted to create the game according to our own vision, with all the mechanics refined, and smoothly working together. It was the hardest thing, because at the same time, you're aware of the huge expectations of the community, as well as from the studio. It all combines, and you start to feel that pressure, because you want to show the best of your skills. 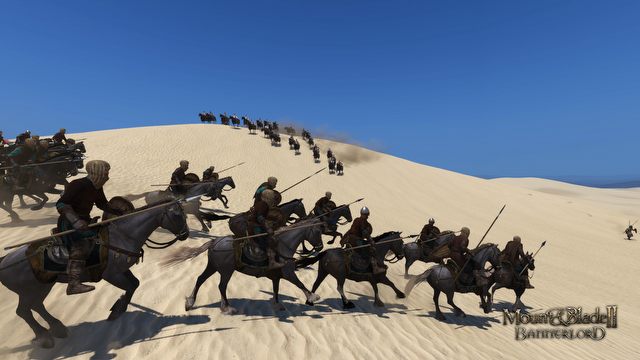 And what was the biggest difference between creating Bannerlord and Warband?

We had two big advantages. Firstly, a larger team and more resources, and secondly, experience from previous projects  we already knew what works and what doesn't. With the second part, we use a much more advanced technology. Most of the production is based on C#, a language much more extensive than our previous system. All this allows us to create a more complex, more interesting game.

Let's move on to the game itself. I played it 20 minutes ago, and I discovered I was an absolutely miserable commander on the battlefield. If I can't fight  and apparently I can't  what, apart from trading, can I do in Mount & Blade 2?

The game offers different paths at different stages. Combat is one of the basic elements of gameplay, its core element, in fact. But instead of commanding an entire army, you can, for example, become a commander of a single unit, say, cavalry, and with it, lead the charge, protect other formations. In addition, there is the strategic layer, where you need to engage in politics, make the right decisions, and support the right people in order to occupy ever higher positions in the kingdom. And there's an even higher level  you can become a king or queen and try to conquer the entire world. Even if you are not interested in combat, there are other aspects of the game where you can prove yourself. 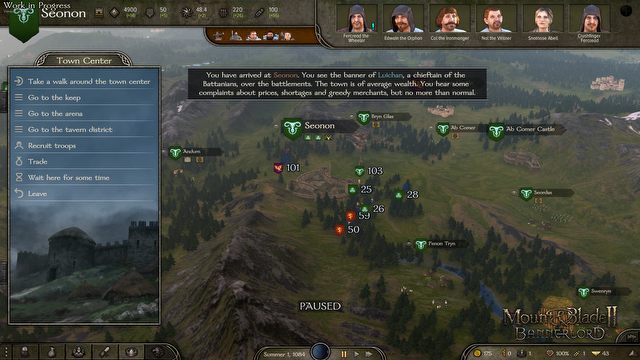 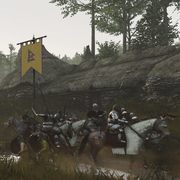 AN AMATEUR WITH MACE

When I spoke to Armagan about my meager skills in commanding of the army, it was not a joke. Mount & Blade is the kind of game that I would love to get involved in and about which I know a lot about  but I can't play it for anything in the world. During this year's gamescom, I noticed completely different army controls during the battle, which resulted in me banishing my archers into the wilderness, leaving cavalry and infantry to fight alone. In another Braveheart-style battle, I led a cavalry charge on an equally-strong enemy, but in a rush of adrenaline, I overtook my subordinates and ploughed directly into the sea enemy soldiers. I was there alone for good half a minute before my reinforcements arrived.

Fortunately, it was better in the next two skirmishes, though mainly because more than a hundred of my well-trained soldiers struggled against fifty representatives of the village guard armed with pitchforks. Then I thought that pillaging towns was not that bad of an idea for making a living  and it wasnt, until the arrival of reinforcements. After they've showed up, traveling directly from the capital, they asked me if I wouldn't like to return to my forest before they beat the loving soul out of me. The number of troops was almost identical, and so I felt severely outnumbered  that's why I decided to return to my capital and start a quiet life of a gambler in one of the pubs. Unfortunately, mini-games have not been implemented yet, so I had to revert to a military "career," whether I wanted it or not. Fortunately, for a short time  in one of the skirmishes I was killed when I was desperately struggling between the tactical command mode and intensive combat. My last words? Archers! Charge anyway!

We have already noticed in gameplay videos that soldiers can lift weapons from fallen enemies on the battlefield. What other improvements of this sort have you prepared?

Yes, the AI is much more intelligent... We've paid a lot of attention of character's behavior during a siege. So, defenders will, for example, drop stones on the heads of attackers. As you have already mentioned, soldiers can pick up weapons lying on the battlefield. Also, we are working on the selection of weapons by computer-controlled characters, on their cooperation during battles. Additionally, we have designed a more complex system of commands, thanks to which your subordinates can, for example, create a wall of shields  turning into a formation that is not very mobile, but very hard to break through. 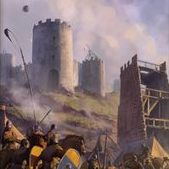 In the second part, sieges will be more interactive even while waiting for the assault. Both sides will be able to build siege machines and shoot at each other, trying to smash enemy forces. Of course, there are other options available  you can wait until enemy runs out of food, and during the assault you will use battering rams and other siege engines.