Money! They have such a huge development money and so many people. I don't mean it in a bad way, of course. They have many, many resources, which let them try new things, they can cross bridges without, well not without any problems, but it's easier for them – they have a big publisher, they did tens of games already that were all super successful, and they have some cash so... That's very good. We, on the other hand, had to be very “punk rock” in many things. But it was the first project, and now we started to roll. We moved to bigger offices. We became successful, Koch Media is having us as a flagship in a way, so that's really good that we have… say, a basis, and think of it like The Witcher 1 and 2 – maybe our game was like The Witcher 1 and 2 combined, in terms of success. So let's hope the next game is even bigger. 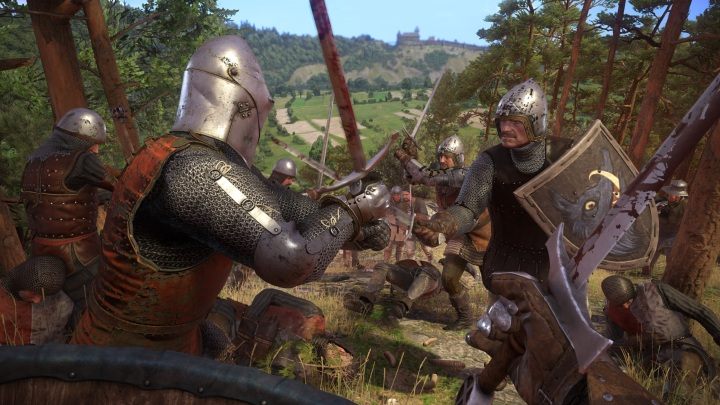 Are you planning to crowd-fund the next game?

Now that we’re part of Koch Media, it’s no longer up to us.

Now to the silly questions. Here’s a simple one: why can’t you poop? Wouldn’t it be fun to take off all your chainmail, clothes, and all, and go to do the thing in the bushes just to be attacked by bandits half way through?

I’d say it would be funny once, maybe twice or three times, when you show it to a friend. But then it wouldn’t be so funny after that, so yeah, whenever. But during the tests, I think it was beta or alpha, I can't remember, we showed people one or two villages, to gather feedback and they said “Yeah well. It's a shame there are no toilets. Where are the toilets?” So we created those quickly. You cannot do anything with it, but if you sit on a toilet, you get a big bonus on reading skills. That's a compromise I guess.

We also noticed that in the castle near Rattay, the walls are covered in poop… Whose idea was that exactly?

Actually, the toilets in the castles were often small windows, and the poop just landed there on the ground. So this is actually historically correct. There was no flushing, right? The stuff usually went to the moat, so there was a bit of defense strategy in that. 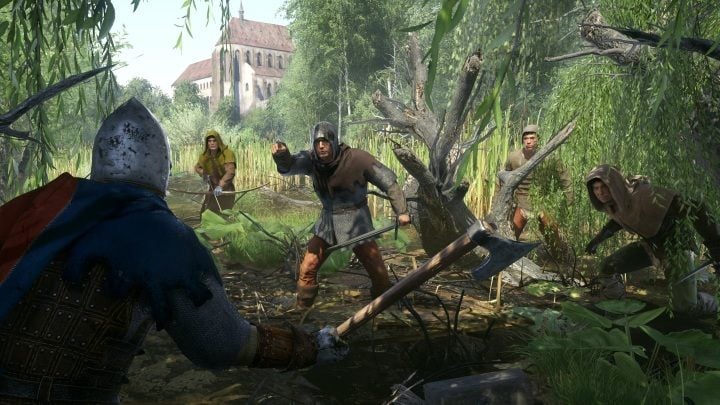 Why can’t you pet dogs?

You can’t, but I found a cheat. You just need to crouch – Henry spreads his arms a little then, and you can pretend to pet the dog. You can also say „good boy”, which boosts your hound master skills. And you can feed them, that’s something.

Who came up with the line “Jesus Christ be praised?”

I have no idea. But it became the catchphrase of the game immediately. And funny story – the actor playing Henry is called Tom McKay. He did a commercial in Czech Republic, for Peugeot, the car brand. And if you look it up on YouTube, there's only comments about “Oh it's Henry Jesus Christ,” “Oh look Henry coming up.” I don't know if Peugeot knew, but I wish to believe they did it on purpose.

About Henry – he looked more badass in the concept arts. He then changed during the development, and I was wondering if this decision was influenced but the actor himself, who looks a lot like Henry.

When we started with alphas and betas of this concept, we used some generic faces – just to see them, you know. Then we went looking for the right actor. First, we wanted some other actor, but he was busy with a TV series, so then we found Tom McKay, who was perfect. And we would also change the face more towards Tom. Then the concept artist kind of stuck to their guns and wanted to have Henry the badass. That's fine. That's just the concept right. But ultimately the player then decides if he's a badass or not.

Why is Konus the single character that has to die?

You can finish the game without killing anyone. Konus is an exception, but he dies in a cut scene. And this is the one of the shifting points in Henry's mind. It's a dramatic thing – he stops thinking about personal revenge, and will then start to understand the bigger meaning of all this war and so on. Why does he have to die? Because Henry needs this shift of minds. Besides, Konus was an a-hole. 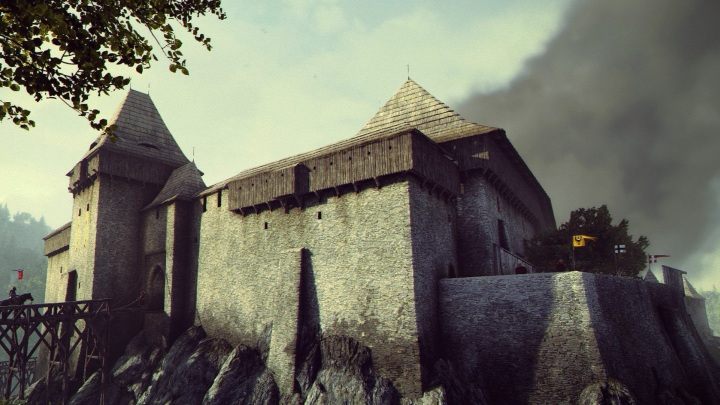 Were all Czech millers thieves in the 15th century?

No, but it's almost a given fact. See, millers were usually living outside the cities, they had something going, they were the ones who were carrying goods back and forth. So it wasn't done to imply that millers were thieves, but there is some evidence of that in historical sources – they were not a thieve guild, but they did some shady things. Constantly moving in and out the city, they had the perfect opportunity for that, and we needed a typical, RPG thieve guild.

How does it feel to have developed such an awesome game?

Amazing! This game was released a year ago, and you are still interested in talking to me. I was today at the Microsoft booth, since we will be releasing the game on Xbox Game Pass tomorrow. It's amazing to still have such big interest that we can go over gamescom. It's amazing. And the best thing is that we were pissing against the wind and still won. Many people said in the beginning that no one will be interested in Czech Middle Ages, that we should make a Facebook game, because no one is interested in those big RPGs. Then we had problems with accusations of racism… In the end, when it was released, people said it’s actually a good game. In the first months, it was super buggy. We knew it, and hated it. However, people stayed with us, and waited for the patches, they wanted the game to be good. So they waited, and really wanted the game to be good. And that’s a great feeling.