A piece of trivia for starters: sex workers exist in the MMORPG genre since its very inception. Don't believe it? The creators of Ultima Online themselves confirmed that the very first profession in their game was not smiting, alchemy or anything typically associated with RPG mechanics. One of the first players of that game obtained an empty property, and promptly established a prostitution ring. The simple business that exchanged payments for bowing and sexting turned out very profitable. With this anecdote, we've begun the story of cybersex, vice, and debauchery in online video games. 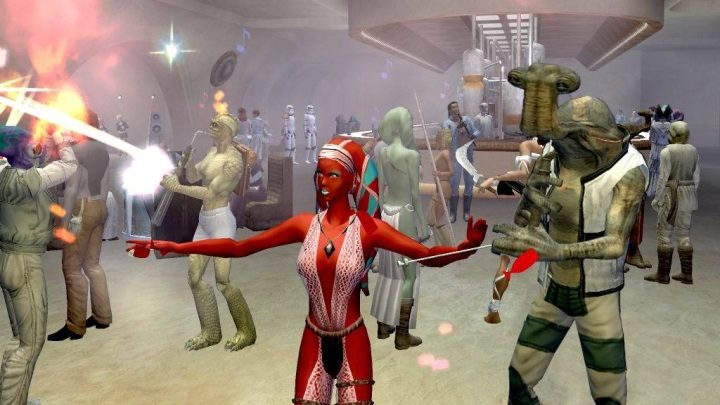 You can never be sure who's on the other side of the screen.

Star Wars Galaxies. Once Upon a time, in a galaxy far, far away, a player decided to become a pimp. He made a real fortune by creating a set of extra characters that other players would hire for a fee. He was always in there, always accompanied by his eager employees.

After making the payment, the player was able to take the selected character to a secluded location and indulge in some virtual delights (such as, you know, laying on the ground with the other character sort of tea-bagging?) So if you want to think MMORPGs are a safe haven, be careful to avoid the dark alleys, because you may find some really bizarre things. And remember, you're never sure who actually plays a particular virtual character  a real woman or a grose dude. Or don't  it's up to you.