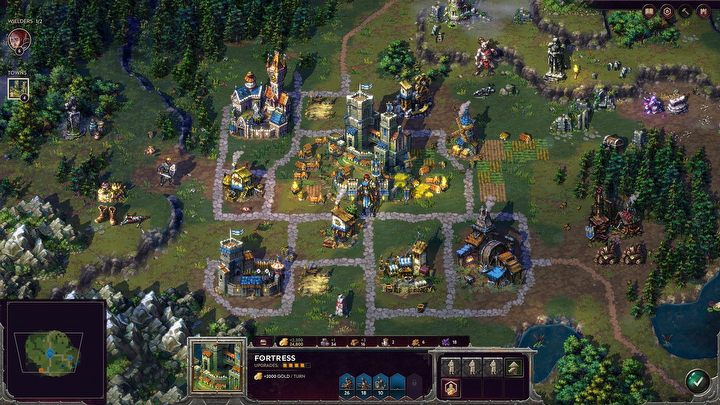 The moniker of the spiritual heir to one of the most iconic PC series is a burden that can be difficult to bear. However, it seems that Song of Conquest, very much inspired by Heroes of Might & Magic 2, should be able to handle it. Lavapotion has for several years been hard at work with its creation and will be ready to release it in early access in 2022. People who had the opportunity to play the alpha version seem to be singing praises.

The perspective will be the same as in HoM&M series. On the map, we will acquire resources by taking over the habitats of monsters and mines to ensure a constant supply of wood or stone. We will also go in search of artifacts that will significantly strengthen our army. We will fight battles on a separate screen (also like in HoM&M). The development of the city is to be similar, although this time, our kingdom, following the 4X strategy standard, will also visually develop on the world map, taking up new fields with new buildings. My biggest concerns are the pixelart visuals, which may cause problems with readability. But let's hope that my concerns are exaggerated.