The dust after the release of Cyberpunk 2077 seems to be setting, and I don't think anybody expected such commotion. The situation is a little similar to the case of the Czech Kingdom Come: Deliverance  an equally impressive production, where the CryEngine engine generating Slavic landscapes killed the most popular consoles on the market: PS4 and Xbox One. Anyway, Daniel Vavra  the main producer of KCD  has recently spoken with great understanding about the game by the Poles and even called it a "technological masterpiece." He has obviously gone through similar dilemmas and problems. But KCD was anticipated by a group of ardent RPG fans, while Cyberpunk made only a little less noise than GTA. 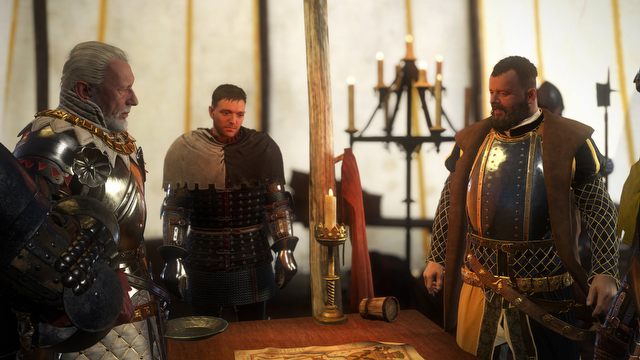 Perhaps it would be better if CDPR publishers did the same move as Microsoft did with Flight Simulator. Back in summer, many were expecting a version for Xbox One, and the developers cleverly avoided specifying the console model they were preparing to launch the game on. The game was created mainly for the PC, and after the release, it became obvious that the lackluster XOne wouldn't be able to keep up with such graphics. Recently, without any outrage, it was finally announced that the console version of MFS will appear one year after the PC release, and only on the next-generation. Possible? Sure is!

Except in case of Cyberpunk, the hype was incomparably bigger than in case of a somewhat niche game about flying. Furthermore, such decisions should have been made before pre-orders launched back in 2019. This, in turn, would imply a loss of a few million pre-orders, crisis in stock market position, and likely a backlash from players. Would it be lesser than it has been in December? We'll never know. Milk has spilled and there's patching and restoring reputation to get done. It's worth bearing in mind, though, that there's another side of the coin  a beautiful, sensational game on PC, where bugs are much less irksome, and the graphics are full of delightful details.

If Cyberpunk 2077 was released exclusively on PC first, we would talk about nothing but that, leaving much less attention to bugs. Because the creators of The Witcher 3 have again made a really great game, which, unfortunately, quite a few players have no chance to realize and experience. Now, you might have different opinions about CD Project RED's decisions, complain about mistakes and shortcomings, hate them all you want, but it's hard not to recognize and praise the elements that came out incredibly well and that make this game shine in comparison to any other title  with the right GPU, of course. So, what did we like so much?

Speaking of shine... Many new technologies need time to adapt to the market and fully demonstrate their capabilities, and that's the case with Nvidia RTX. We were frowning a little when looking at the occasional, over-the-top raytracing reflections in the puddles in Battlefield V trailers, seeing no reason there to spend all your savings on a new GPU. Some of the games released later actually looked a bit better with RTX, but it's the neon-lit Night City from Cyberpunk 2077 that seems the first proper reason to switch to new technology. 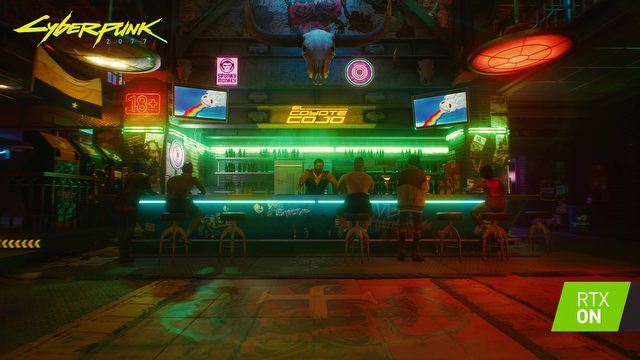 It's no longer just about the conventional difference in low and high details, things looking more or less detailed. Here, enabling ray tracking turns the city into something completely different. It adds a new dimension of immersion, making the experience all the more impressive. These effects are quite sketchy at times, and sometimes RTX introduces negligible differences, but once it shows you true colors, you'll be left in awe. Given the still high prices of RTX GPUs, it's worth trying to play Cyberpunk in the cloud, as streaming is currently the cheapest option to experience this game in full details.