The collection of easter eggs, puns, jokes and references in this game is truly inspiring. Cyberpunk 2077 probably brings better easter eggs than any other game, or even a few of them combined. We'd love to give you the best examples here, but since many players are still playing the game, we're not gonna spoil it, and will rather produce a separate piece listing the best jokes from the game. 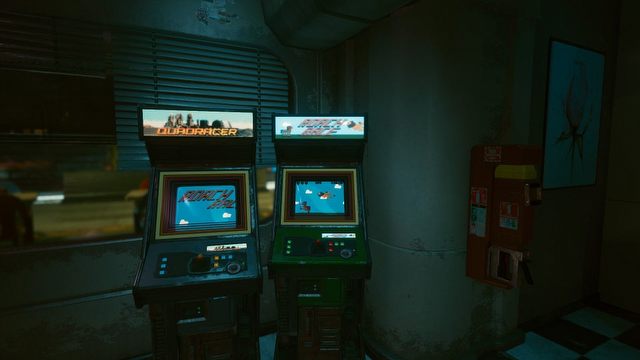 Hunting easter eggs in Cyberpunk 2077 is pretty much another side activity.

Suffice it to say that Cyberpunk 2077 is one of the biggest and best monuments of modern pop-culture and post-modernism. We will find not only references to the most famous games, books, films and shows, but also memoirs or online stories that used to be funny years ago and still appear in the world. Some of the easter eggs will only be understood by the native, Polish audience, others by Russians, Americans, and most of them by the general public.

And they're pretty subtle as well! In some cases, the creators use utterly obscure references, such as quoting a character that appeared for a mere few dozen minutes in a single episode of a multi-season TV show. You can see that the devs had a lot of leeway and poured their passion and taste into the game world  from fans to fans. Easter Eggs from Cyberpunk 2077 are like a time capsule of our generation and in this respect, we will surely remember this game for a very long time.