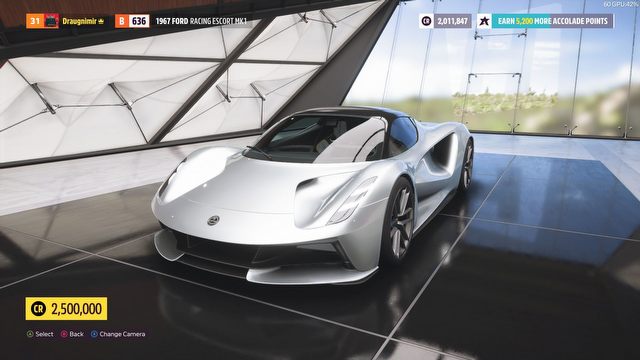 While eighty years ago, engines as powerful as 500 HP seemed to have more in common with rockets than cars, today almost any genuine sports car has such power, and the "real performance" starts at 1,000 horsepower. At least, as much is suggested by the continued boom in hypercars popping up like mushrooms. One of the latest examples of this trend is Lotus Evija  one of 21 vehicles that are completely new in Forza Horizon 5 (at release).

And it's not the only completely new hypercar in the game. There's also the Mercedes-AMG ONE, featured on the cover. Why Lotus, then? If only because it's a less obvious choice. Constructor Colin Chapman, who built the brand's legend, followed the mantra of each car model: "Simplify and add lightness." I am not convinced that this principle was really obeyed in a car powered by four electric motors powering all the wheels, with a total power of almost 2,000 HP , and weighing 3,700 lbs.

Either way, the result is a machine that can destroy any speed camera, warning sign or measurement zone, and achieve three stars easily (read: without fighting the treacherous struggle for traction even on dry asphalt, as in the case of RWD Koenigsegg). At the moment, it's theoretically the best car in the game, with a performance index of 994. Given these qualities, the price of 2.5 million credits seems downright a bargain.