TEAM FORTRESS 2 IN A NUTSHELL

Most of the games on our list are relatively new, and although they are all excellent, the truth is that there's nothing like the good old Team Fortress 2. Valve has managed to create a true classic that never seems to get old.

This position was one of the first to introduce radically different character classes, and it still does it better than most of the competition. The mechanics are refined and fast, which, combined with very good balance, makes online battles constantly exciting. Even the graphics have not aged badly, as the authors decided to use a cartoon-like visual setting with a unique style that just defies any attempt at imitation. One glance at the game is enough to clearly recognize Team Fortress 2. 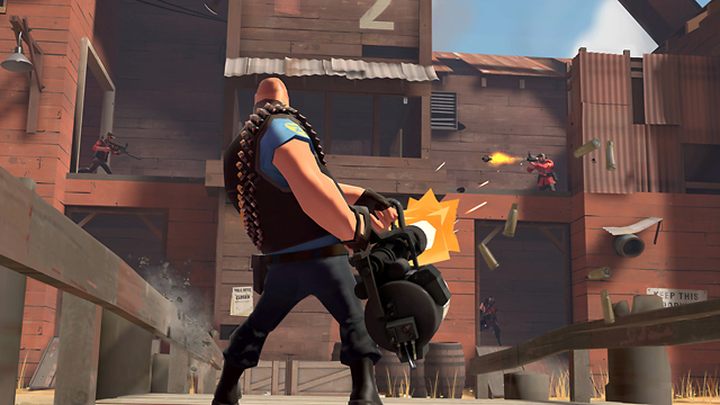 Valve gave up the development of TF2 for an extended period of time, but that didn't hurt the game's popularity  thanks to its dedicated modding community.

Recently, however, updates have started appearing regularly again. These are not revolutionary changes, but the game is actively supported. No wonder, then, that despite its age, it still enjoys great popularity and rarely falls outside the top ten of the most popular games on Steam.

Team Fortress 2 is the game for you if: