WARFRAME IN A NUTSHELL

Warframe is a great example of what free-to-play development should look like in a long time frame. Already on the day of release, it had a lot to offer, allowing you to enjoy a wonderful, spectacularly acrobatic combat system and an interesting graphic design. In addition, it is still (unfortunately) a rare case in the F2P category of a game focused mainly on co-op, although fans of PvP will also find a lot of fun here.

Moreover, the authors focused on a sensible business model. Development requires a lot of effort, but it never reaches an absurd scale, and the fine-tuned mechanics even make grinding a lot of fun.

All these features would be enough to make the game worth recommending. But what makes it a real sensation is how much it has developed since release. The authors regularly added new challenges, armors, and weapons. The revolution took place in 2017, when the Plains of Eidolon expansion offered the first location with an open world, which significantly changed the gameplay. Even so, this impressive project was only a warm-up. 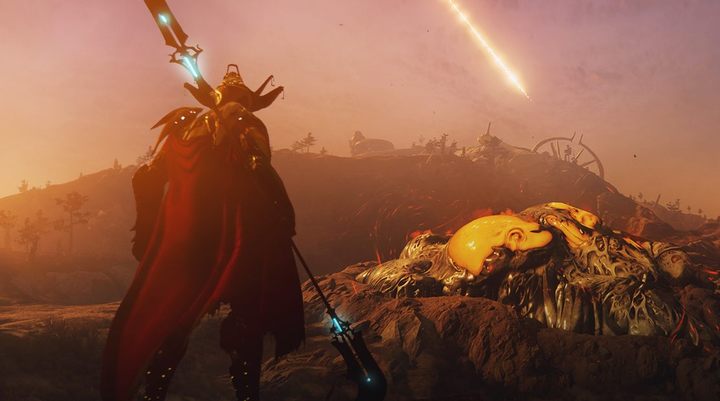 Another big leap forward was the Fortuna expansion. It introduced the new Orb Vallis zone on the planet Venus. This land has an open structure and is five times larger than the Plains of Eidolon map. Hoverboards and new gear have also been added.

At the end of 2019, fans received another revolution with the Empyrean expansion, which allowed groups of players to control large spaceships and take part in stellar battles. In 2020, Heart of Deimos added a new moon to the game world, and with its premiere, the console versions caught up with the PC in terms of development. This year's Corpus Proxima introduced the necessary simplifications to the ship control system and offered a lot of additional content. In December 2021, New War will be released, the largest story DLC in the history of the game.

The development of Warframe is carried out in an exemplary manner  all developers who want to play games-services should watch it carefully. In this production, something is happening all the time, and its individual elements are improved. The world has been perfectly constructed, and the story systematically moves forward in the main storyline. In its category, it is simply the best title on the market.

Warframe is the game for you if: