UNTURNED IN A NUTSHELL

The next title is one of the prime examples of the unexpected successes of indie games. Unturned was developed by a single person. Moreover, when this title was published, the man was merely sixteen years old.

The idea was brilliant in its simplicity. The developer combined the basic gameplay mechanisms of DayZ with Minecraft18×16 svg-like style, and then made it available in a free-to-play model. A lot of people found this blend quite interesting, and when they tried this production, it turned out that it was more than just a gimmick, and many of them stayed with it for years.

The gameplay is sandbox-like. Players find themselves in a cubic world controlled by zombies. The priority is survival, which is facilitated not only by a wide selection of weapons, but also the possibility of constructing traps, building buildings and using vehicles. Of course, other players can use all of this against us, so it's not that easy at all. 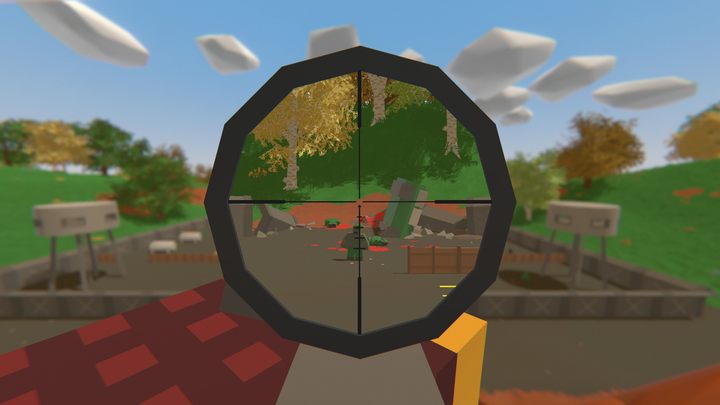 After the enormous success of the game (until today, it has been downloaded by tens of millions of people), the developer fortunately did not try to keep developing Unturned alone anymore. He has engaged additional people in the project, thanks to which further updates are coming out at a satisfactory pace, and gameplay continues to be the improved and enriched. The creators react quickly to problems and listen to players' feedback. Everything indicates that this production will be a lot of fun for many years to come.

The game is still developing very well. The authors take care of adding new content and solving problems. In addition, the community is very active, and they're actively modding the game themselves.

Unturned is a game for you if: