PLANETSIDE 2 IN A NUTSHELL

Most popular F2P games use a simple scheme  they use ideas from paid games and offer them in a free version with micropayments. PlanetSide 2 is different. Here, we have a very rare game that offers unique things that cannot be found anywhere else.

Most shooters happen in a time of war, but offer small skirmishes, not real battles. Even Battlefield is limited to 128 players now. PlanetSide 2 doesn't have this problem. The servers allow literal thousands of people to play together, so we get real virtual wars with gigantic battles, where factions pursue many smaller objectives, trying to dominate the entire continent. The scale of the game is overwhelming, but at the same time it does not come at the expense of combat mechanisms, and each large match is exciting, providing a lot of good entertainment.

The action of the game takes place in the distant future  we can count on a wide selection of weapons and a large set of vehicles and flying machines. This is crucial due to the size of the map. Traveling long distances on foot is rather pointless. The game has been spiced up with MMO elements in the form of an extensive development system that effectively motivates you to play. 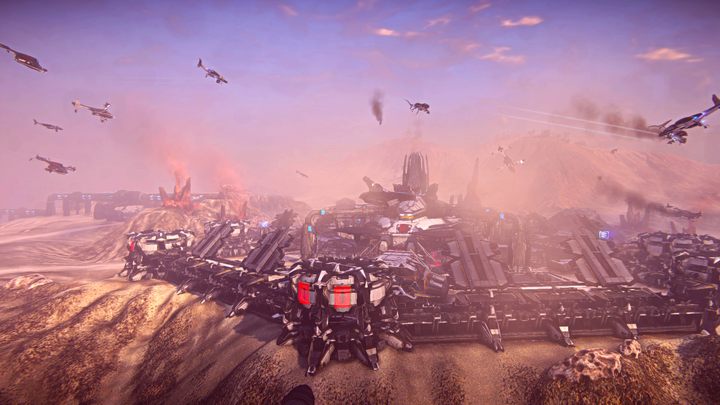 Until recently, PlanetSide 2 seemed to be entering the final phase of its life cycle. However, in the last several months, the development of the game has unexpectedly accelerated. In 2020, the giant Escalation update was launched, completely changing many elements, modernizing the map, and adding a ton of new toys and fresh social options. This year, on the other hand, we received the patch The _Integration, which brought new weapons, vehicles and interface improvements.

However, the most interesting things will happen in December 2021. A new, tropical continent will be added to the game, offering not only battles on islands, but also many opportunities for naval warfare. So, after seven years, the game still gets completely and truly new content that's indeed substantial.

PlanetSide 2 is the game for you if: