WOLFENSTEIN: ENEMY TERRITORY IN A NUTSHELL

Our next offer is the true old school. Wolfenstein: Enemy Territory recently celebrated its eighteenth birthday. Despite so many years, the game remains one of the best online shooters available.

Initially, the project was intended as a paid add-on to Return to Castle Wolfenstein, but the new campaign was eventually abandoned and the online module was released as a standalone, free production. The game focuses on team-based battles between Allied and Axis troops. There are several classes and a wide variety of modes to choose from. The most popular variant of the game is an online campaign, where the game shifts from map to map.

On the day of the release, this production made a great impression, because in practice, we received a prime FPS for free, with a lot of interesting solutions. In 2021, the graphics no longer impress, and many elements of Wolfenstein: Enemy Territory were reiterated by countless other games. What is left is the excellent gameplay that makes the title worthy of attention even today. 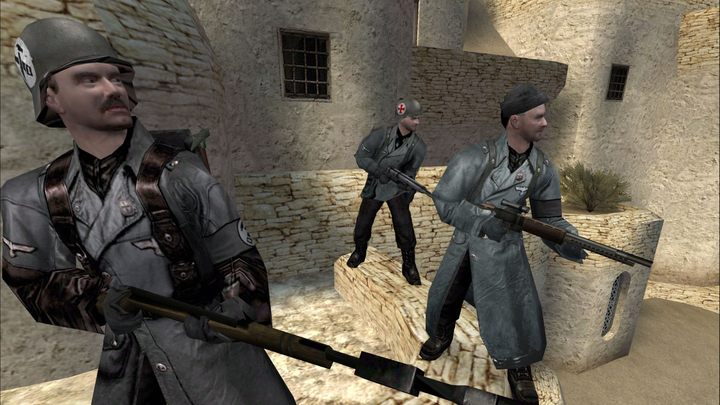 The was able to maintain interest in large part due to the fact that it was made available as open source, which allowed the community to take on the development of the project themselves. Currently, players can choose from a wide range of mods, and there are still many fan servers on the network. In addition, this production has very low hardware requirements and works like a charm on virtually every PC.

If you want to come back to this title today, we advise you to first try the modernized version known as ET: Legacy. It introduces many modern facilities and improvements, and at the same time maintains compatibility with most of the servers of the original release.

Wolfenstein: Enemy Territory is the game for you if: