9. Paladins: Champions of the Realm

PALADINS IN A NUTSHELL

The authors of Paladins had a simple recipe for success  in 2016, the shooter world fell in love with the hit Overwatch, so they offered something similar, but in free-to-play model. The result turned out to be extremely successful.

Whether or not Paladins is a copy of Overwatch, remains a constant topic of debates among fans of both. The facts, however, are that Blizzard's game debuted in May 2016, and the game from Hi-Rez did in September that year. Let us also add that the news about the registration of the Overwatch trademark by Blizzard was published in April 2014 , and the first news about Paladins surfaced in August 2015. Some players, in turn, claim there's no point in arguing about it, because both games copy solutions from Team Fortress 2 anyway.

This title is a representative of the category that is sometimes referred to as "hero shooter." The standard shooter solutions was enriched with a gallery of characters with very different characteristics and skills. The differences are substantial and go far beyond the typical FPS classes. This approach diversifies gameplay, and the variety of roles means that everyone will find something interesting, regardless of tastes. Even people who usually get spanked because of their lower reflexes can have a good time. 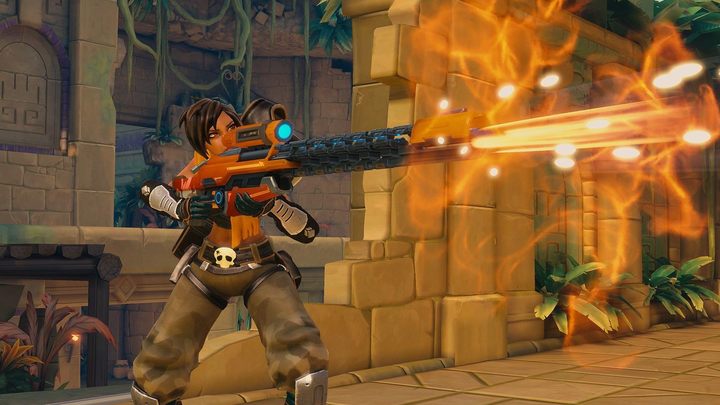 The years of presence of this game on the market have been a period of continuous development for it. The authors have greatly expanded the content, adding, among others, new maps and heroes, introducing a lot of improvements and changes, including a co-op PvE, and porting the game to consoles: PlayStation 4, Xbox One, and Nintendo Switch.

The game is still doing very well. It's not likely to be thee Overwatch killer  nevertheless, it is a piece of a successful free-to-play shooter, which you can easily spend several hundred hours in. Additionally, it is frequently updated. Recent months have seen numerous events with unique prizes, and a new heroine, Saati.

Paladins is the game for you if: