HALO INFINITE IN A NUTSHELL

With Halo Infinite , Microsoft decided to do something unusual  the multiplayer mode was released as free-to-play, and thanks to open tests, it was released even before the premiere of the main game. Only the story campaign is paid, and multiplayer games are free, without even requiring an Xbox Live Gold subscription on consoles.

This is a big treat for fans of online FPS games, because the Halo series has always offered one of the best multiplayers in this genre. Halo Infinite is a combination of elements from many earlier parts of the sereies. On the one hand, the game's atmosphere resembles Halo 3, the crowning achievement of the series, but at the same time it offers solutions such as sprinting or ironsight targeting, which appeared in the brand relatively recently. The spartan special abilities, quite controversial for older fans, also return, but they have been nerfed compared to those in Halo 5. 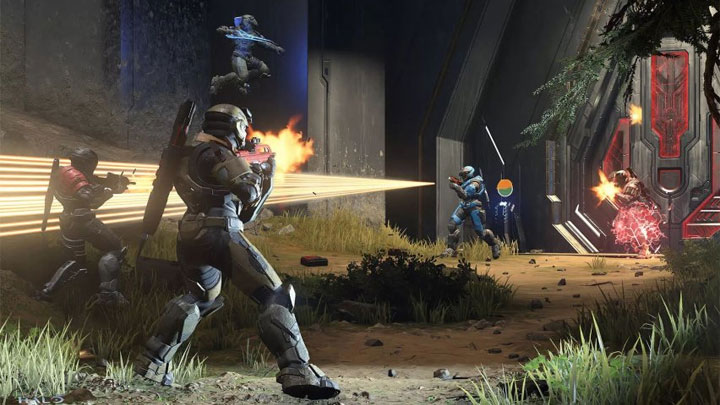 The whole mix works really well, especially since it has an improved movement system and gadgets such as grappling hook, which opens up a whole host of previously unavailable movement possibilities. All of this makes Halo Infinite one of the best free FPS shooters out there.

But not everything is working as it should. This production has some shortcomings, and it takes too much grinding to unlock Battle Pass rewards. These problems, however, do not spoil the whole picture, and they will most likely be curbed in the updates.

Halo Infinite is the game for you if: