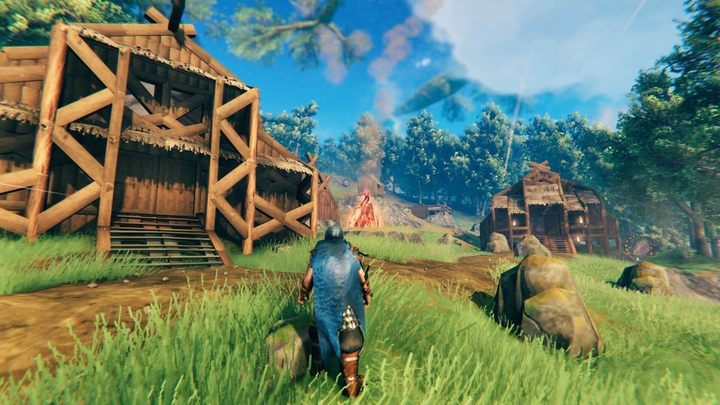 Valheim is one of those multiplayer games that won the hearts of players around the world even before their official premiere – in early access, of course. But how is the game from Iron Gate different from other survivals? Well, at first glance, everything seems to be in order with the genre's garden-variety standard – gathering resources, building settlements and hunting. However, I think Valheim has been successful mainly because it has vibe, style and a clearly defined gameplay goal. The setting is based on Norse mythology, and our task, in addition to survival, is to impress the gods and hence get a ticket to Valhalla – to do that, we must defeat a few difficult bosses.

The phenomenon of Valheim lies in the game's ability to compel people to play as a team. I can confirm this on two examples – our editorial office had fun for several intense weeks, working together for the Viking settlement, and a group of my gaming buddies probably did everything that can be done in the early version of the game. The above-mentioned activities taste much better in cooperation – especially since most of them rely on quite tedious and repetitive (although at the same time relaxing and engaging) activities. So, if you haven't played yet, get your friends and try it. No time to waste!