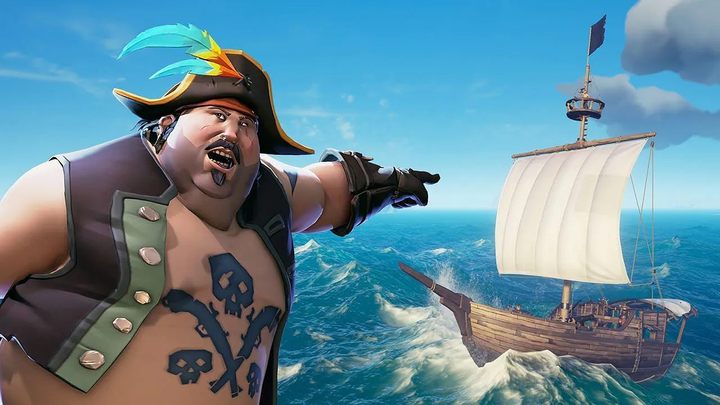 This game is a dream come true for every lover of pirate stories, shanties and sea voyages. The modern video game market cannot boast of many valuable titles in similar climates, and if there are any, those would rather be the single-player productions, like Assassin's Creed IV: Black Flag or Risen 2. Sea of Thieves, however, brings not only solo fun, but also promotes cooperation (although in fairly small groups – up to four players per ship).

The main goal is simply to lead a life of swashbuckling adventures of a pirate. It involves traversing open waters, looting islands and sporadically competing with other sea dogs in PvP. The game also offers story missions, and the expansion pack A Pirate's Life uses characters and stories from the Pirates of the Caribbean movie series. So there is no room for boredom, and more content keeps arriving in the game.

Traversing the wide seas alone is not nearly the same as playing pirates with friends – especially since Sea of Thieves has considerable role-playing potential. Character customization, as well as a number of interesting actions and interactions to perform, such as the ability to play a few music instruments or voting to lock an ally in a brig make it possible not only to experience a lot of unique adventures with your buddies, but also just have the good, old fun.

In addition, some sea expeditions can take a while, and completing some of the missions plus fully exploring an island is a matter of hours, rather than minutes. So, if you get into it, you will soon find that one person is at the helm, the other one watches the wind, and the third one looks for interesting objects on the horizon through a spyglass, and at that moment, it will likely take just a few minutes before you start jerking around. As befits a real pirate crew.